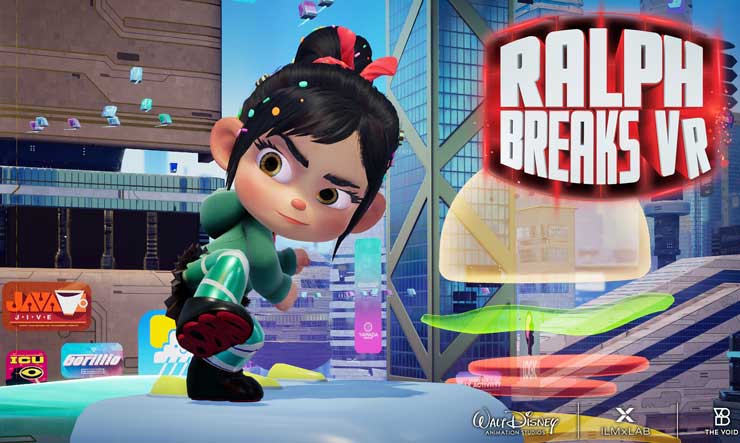 Break into the internet with Wreck-it Ralph and Vanellope von Schweetz in your own ‘Netizens’ disguise to play Ralph Breaks VR from The VOID, ILMxLAB, and Walt Disney Animation Studios. The hyper-reality version of the upcoming film Ralph Breaks the Internet will provide players a multi-sensory, immersive experience launching on November 21st.

The game takes players in teams of 4 into the internet of the movie. Using the special VR packs designed by The VOID you join Ralph and Vanellope on a totally immersive adventure that will take you one step beyond reality.

The VOID is a global leader in immersive virtual experiences, and ILMxLAB is Lucasfilm’s award-winning immersive entertainment division. They teamed up with Walt Disney Animation Studios to create two new locations, Dunderdome and Pancake Milkshake Diner, and a new antagonist, B.E.V. voiced by writer Pamela Ribon, which stands for “Built to Eradicate Viruses.” 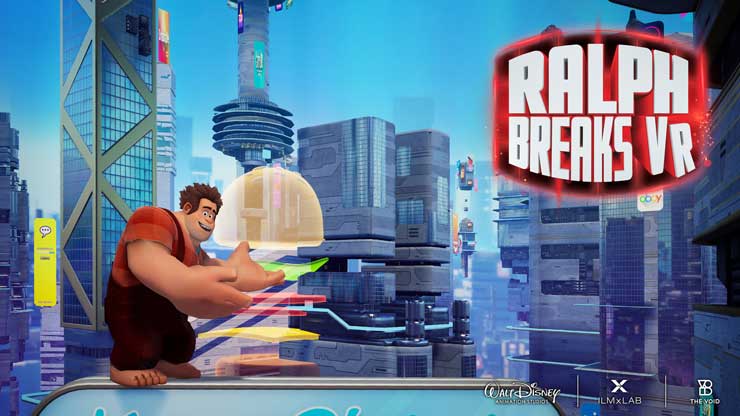 If the experience of Ralph Breaks VR is anything like the Star Wars version at The VOID, then expect the reservation times for this to fill up early.

Watch the first trailer for the game here:

“There is nothing more magical than stepping inside a rich animated world – especially one filled with color, life, humor and delightful characters as is the case with Ralph Breaks the Internet,” said Vicki Dobbs Beck, Executive in Charge at ILMxLAB. “The upcoming launch of this project marks another successful collaboration between ILMxLAB and The VOID, with the incredible opportunity to work alongside the talented teams at Walt Disney Animation Studios. Ralph Breaks VR is an experience that brings a smile to your face and the desire to have another go around with friends and family.”

“Designing the elements that pull you irresistibly into the unique world of Ralph and Vanellope has been an incredibly fun process,” said Curtis Hickman, Chief Creative Officer and Co-Founder of The VOID. “What we’ve created together with ILMxLAB is an astounding adventure that allows people to experience a unique extension of Wreck-It Ralph’s detailed characters, environments and stories.”

Pre-sale tickets are now available online at www.TheVOID.com. Will you pick up a set?