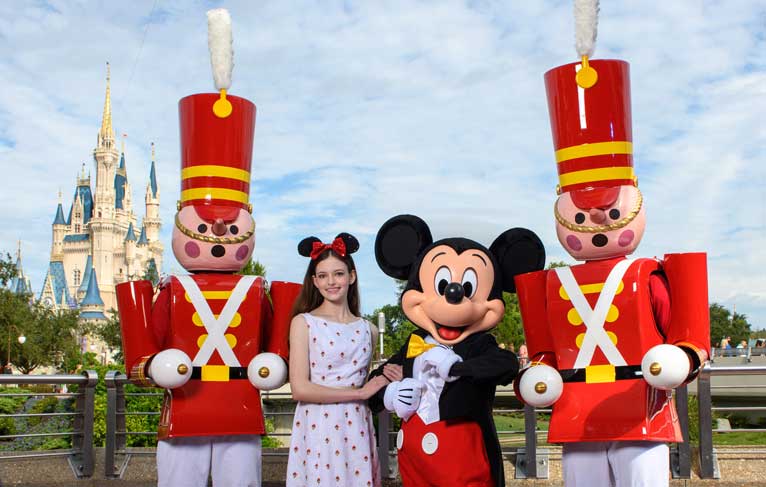 Mackenzie Foy, who plays Clara in Walt Disney Studios’ upcoming holiday fantasy adventure Disney’s “The Nutcracker and the Four Realms,” enjoyed her first ever visit to Walt Disney World this past weekend. During her visit, Mackenzie met Mickey Mouse and posed for photo in front of Cinderella Castle in Magic Kingdom then shrunk down to the size of a toy to enjoy some fun in Toy Story Land in Disney’s Hollywood Studios. 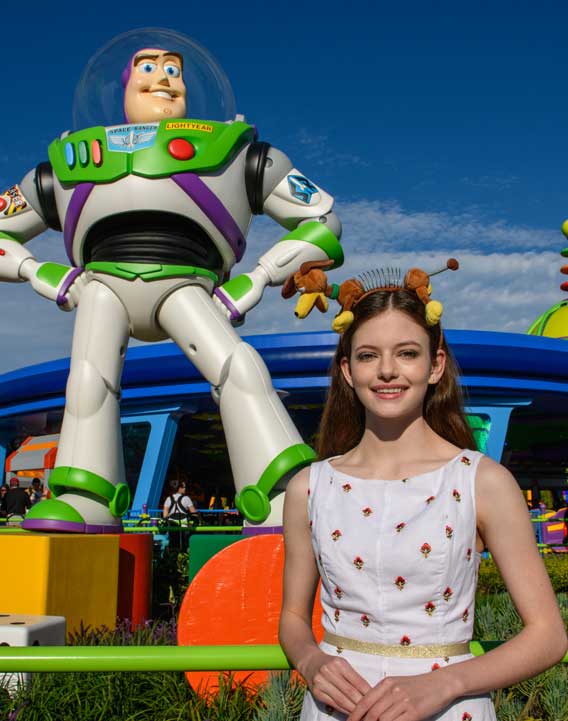 If MacKenzie Foy looks familiar you may remember her from her role of Renesmee Cullin in 2012’s “The Twilight Saga: Breaking Dawn – Part 2” and the epic 2014 blockbuster “Intersteller.”

Catch the final trailer for Disney’s “The Nutcracker and the Four Realms” here:

See “The Nutcracker and the Four Realms” at Disney Springs AMC 24 or a theater near you when it opens this Friday, Nov. 2.

If you hurry, you can still catch a preview of “The Nutcracker and the Four Realms” at both Disneyland and Walt Disney World.