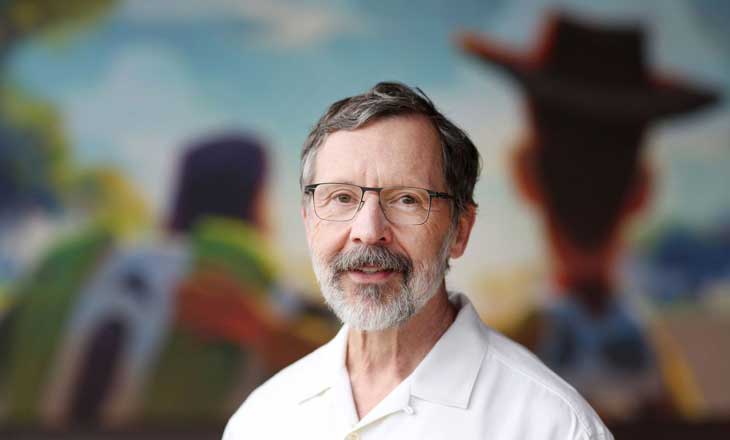 Big news in the animation world today. Ed Catmull, the big pioneer behind the entire computer animation industry, co-founder of Pixar, and current President of Walt Disney and Pixar Animation Studios has announced his retirement at the end of this year.

At age 73, Catmull deserves whatever retirement he wants, but he won’t be stepping away entirely. Instead he’ll stay on in an advisory role through at least July.

“Ed Catmull’s impact on the entertainment industry is immeasurable,” said Disney CEO Bob Iger in a statement. “A pioneer of the intersection of creativity and technology, Ed expanded the possibilities for storytellers along with the expectations of audiences. We’re profoundly grateful for his innumerable contributions, ranging from his pivotal, groundbreaking work at Lucasfilm and Pixar to the exceptional leadership he brought to Pixar and Walt Disney Animation over the last 12 years, and we wish him the best in his well-deserved retirement.”

“Never in my wildest imagination could I have conceived of the path or the extraordinary people I have worked with over all of these years — the twists and turns, the ups and downs, along with exhilarating passion, talent, and dedication that have led to something extraordinary, something that has an enduring impact in the world,” said Catmull while reflecting on his career.

Catmull continued, “From the request of George Lucas to bring technology to the film industry, to the vision of Steve Jobs, and the extraordinary freedom provided by [Disney executives] Bob Iger, Alan Horn, and Alan Bergman, we continue to dream of stories and ways of making those stories that always surprise. I have the mixed emotions that come with stepping away from a group of people I love, but also with the utmost pride and pleasure that we now have at both Pixar and Disney Animation the most dedicated and imaginative leaders I have worked with.”

Disney partnered with Pixar Studios for the release of the Toy Story franchise, the first feature length computer animated feature to deliver realistic animation. Later Disney CEO Bob Iger would buy Pixar from Steve Jobs adding the animation studio to the Disney family and bringing Catmull on board to help Disney’s own flagging animation studio effect a rebound.

Dr. Ed Catmull (he has a Phd in computer science) actually started in the Computer Division of Lucasfilm, Ltd where he managed development in the areas of computer graphics, video editing, video games, and digital audio. His list of awards is longer than a CVS receipt and includes five Academy Awards. He also played a key role in the development of RenderMan, the animation rendering software used across Hollywood.

You may also have heard of Catmull’s New York Times Bestselling book, “Creativity, Inc: Overcoming the Unseen Forces That Stand in the Way of True Inspiration.” It’s practically mandatory reading for anyone in management or running a creative business.

Earlier this year, it was announced that Pixar Animation Studios and Walt Disney Animation Studios would be creatively led by chief creative officers Pete Docter and Jennifer Lee, respectively. This has not changed either.

Looking at recent box officer performance from Walt Disney Animation Studio, we think Catmull did a fantastic job turning it around. While Pixar Animation Studios has had a few bumps recently, they still have a fantastic record of hits vs disappointments.