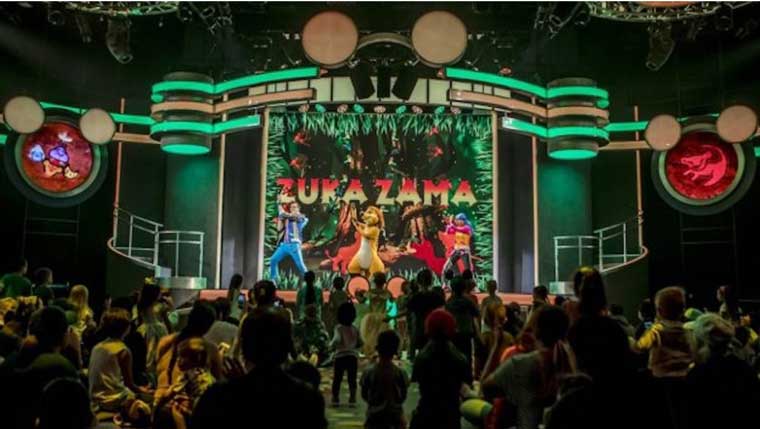 The popular with the pre-school tots Disney Junior show at Disney’s Hollywood Studios will be back on December 22nd, but not as you know it. Little ones, and their parents, will get on their feet, dance, and burn off a little energy at the new “Disney Junior Dance Party!”

The live show will rock out with high-energy songs, dazzling special effects, beloved Disney characters, including Mickey Mouse, and some new friends. The show will be hosted by DJ Deejay and Finn Fiesta who will create an interactive atmosphere for kids to sign, dance, and play along with their favorite Disney Junior stars like Doc McStuffins, Timon from “The Lion Guard,” and Vampirina from the hit Disney Junior series, “Vampirina.” We’re told Mickey Mouse races in from “Mickey and the Roadster Racers,” just in time for the big finale!

The show has also been running at Disney California Adventure since last year, but it’s not to be confused with the Disney Junior Dance Party On Tour! interactive concert experience that has been touring the United States recently.

Are your kids Disney Channel addicts, I mean fans? Who are their favorite characters right now?