Congratulations to everyone over at Disney Cruise Line where the readers of Conde Nast Traveler have just awarded it the title of best Large Cruise Line. This is the seventh year in a row that DCL has received this designation.

As a readers choice award, you know the ranking came from people who experience cruising first hand, often having been on many different ships themselves. More than 429,000 readers voted in this year’s survey and Disney Cruise Line rose to the top. 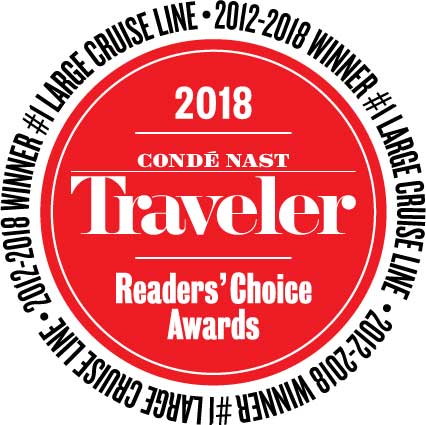 The Large Ships designation is for ships carrying between 2,500 and 4,000 passengers. So this award was specifically for the two Dream class ships – The Disney Dream and Disney Fantasy. The smaller, and older, Disney Wonder and Disney Magic are considered medium ships. Those ranked 7th in the Medium Ships category.

Disney Cruise Line currently has four ships sailing to ports in Europe, the West coast of North America, Canada, Bahamas and the Caribbean and new ports and destinations were recently added for sailings in 2020.