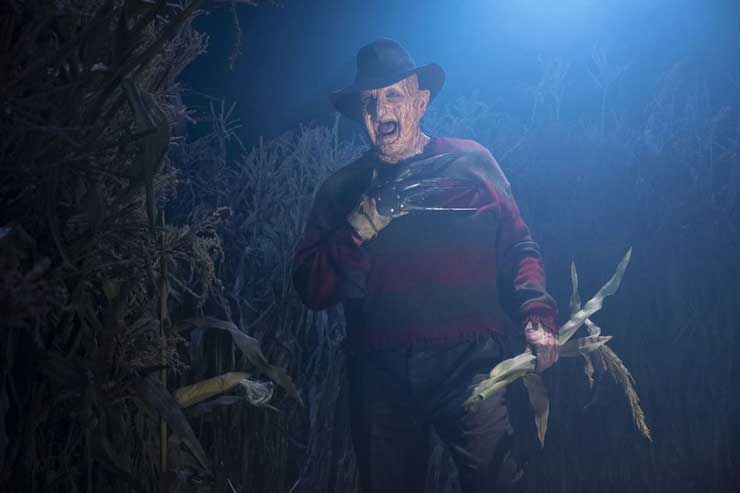 It’s a Nightmare on Elm Street on ABC’s The Goldbergs when iconic horror actor Robert Englund reprises his famous role of Freddy Krueger for the Disney sit-com. If you grew up in the 80s, then Freddy Krueger no doubt haunted your dreams. I love that he was willing to come back for this show.

In an episode entitled “Mister Knifey-Lands” Jackie’s parents defy Beverly’s wishes and allow Adam to watch “A Nightmare on Elm Street” and a disagreement between the families ensues. But Beverly dreams of facing off with horror icon Freddy Krueger (guest star Robert Englund), which teaches her an important lesson about her son’s relationship with Jackie.

As you can tell from this video uploaded to Instagram, the cast was excited to have Robert Englund reprise his iconic role too.

We just finished our Halloween Episode last week, and I'm surprised they're posting about it so early, but……. We got THE Robert Englund (Freddie Kruger!) to reprise his iconic role for our show! Such an honor to work with him! Can't wait for you to see this episode!

If you want a less spooky episode to watch, tune in tomorrow night for a guest spot from Rick Springfield!

The all-new episode of The Goldbergs with guest star Freddy Krueger airs on Wednesday Oct 24 on ABC.