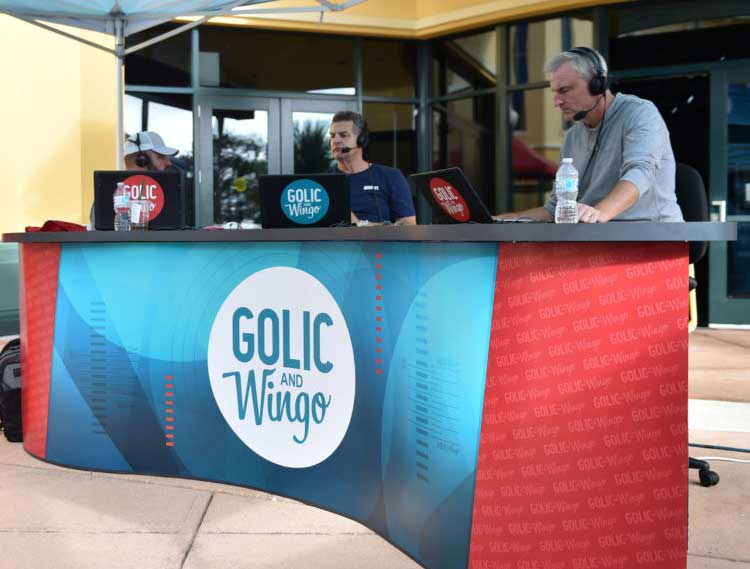 A throng of fans came out to the sports complex to experience the four-hour program, hosted by ESPN personalities Mike Golic, Trey Wingo and Mike Golic Jr. Of course, Mickey Mouse stopped by for a visit too. During the show, the hosts discussed the biggest stories in the sports world, including college football and the NFL, among other topics. Golic, Wingo and Golic Jr. also gave their opinions on which Major League Baseball teams will emerge as championship contenders as the “hunt for October” begins on Oct. 2.

ESPN Wide World of Sports Complex was the fourth stop of the hosts’ annual Fall Football Tour, where they take the show live from various sports hotspots around the country.

I heard that ESPN Wide World of Sports plans to upgrade their backstage production facilities. I hope they consider moving some of them on-stage in a ESPN Production Tour so athletes and fans can see how the television productions come together.