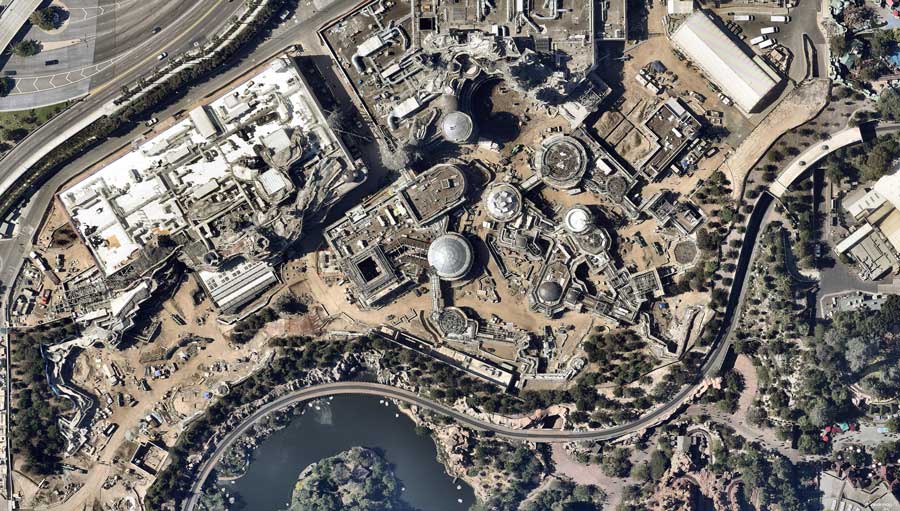 Progress on Disneyland’s Star Wars: Galaxy’s Edge expansion is moving along as it races to open next year. The 14-acre construction project is the most massive since the park opened in 1955. The land features two main attractions where guests will have an encounter with the First Order, and the other where they will be able to pilot the iconic Millennium Falcon. However, the whole land will feature a number of minor attractions and could be considered to be an attraction by itself.

As in the very well received Pandora – The World of Avatar at Disney’s Animal Kingdom, Star Wars: Galaxy’s Edge will immerse guests in the story using all the senses and with cast members who remain in character as residents of the planet.

A new set of aerial satellite photos snapped in July of 2018 by Nearmap have us poring over the details.

Here’s a closer look at some of the details in the land. Try to imagine guests walking around in the land, encountering traders, droids, jedi, first order forces, and members of the resistance, with your own chance to play a role in the Star Wars story. (Click on the image to embiggen.) 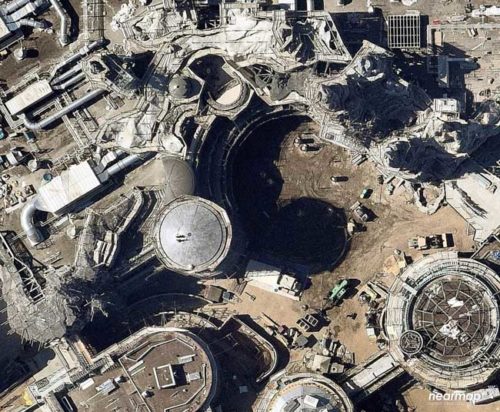 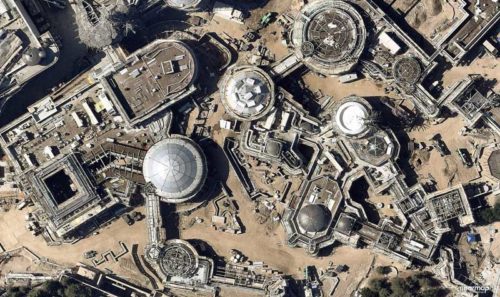 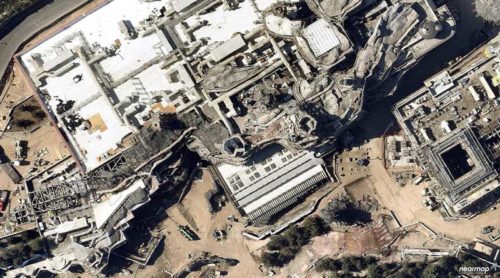 With trips to the plant Batuu and the community of Black Spire Outpost beginning in 2019, the crowds at Disneyland will no doubt be insane as Star Wars fans flock to the resort for their first chance to actually walk around on planet from the Star Wars galaxy.

What are you looking forward to the most?