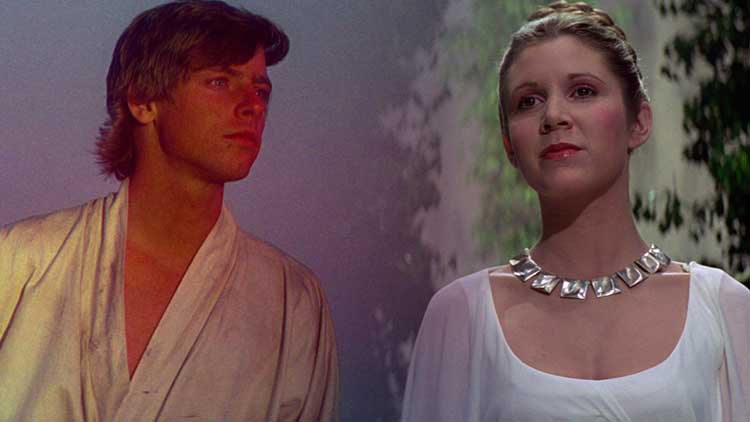 No one is ever really gone in the Star Wars Universe. Well, not if they’re a Jedi. And yet the things that happen in our everyday lives affect us all greatly. The loss of Carrie Fisher was, and is, a great tragedy. It’s felt deeply by her fans, her family, and those who worked closely with her.

So the news that J.J. Abrams got permission from Fisher’s family to use unseen footage from Star Wars: The Force Awakens to give Fisher’s character General Leia Organa a proper end to her story had us all a bit weepy. Mark Hamill, who played Leia’s brother Luke, in the films, just posted remarks about how bittersweet the final chapter will be:

“It’s bittersweet facing my final chapter without her-She is simply irreplaceable. I’m finding solace in the fact that she won’t BE replaced & would love the worldwide outpouring of affection from those who loved her when they heard the news. #CarrieOnForever”

It's bittersweet facing my final chapter without her-She is simply irreplaceable. I'm finding solace in the fact that she won't BE replaced & would love the worldwide outpouring of affection from those who loved her when they heard the news.#CarrieOnForever pic.twitter.com/7ueMqBxQwa

Truely. Carrie Fisher lives on forever through her work and the lives of those she touched. It will be cathartic for audiences to say goodbye and not have the role recast. In J.J. we trust to handle it right.

Hamill also tweeted about the return of Billy Dee Williams.

It's finally fine to admit #ImInIX-Billy Dee @realbdw too-which is long overdue (No one's ever really gone) Now only 17 months of "no comment"s when asked about it to avoid revealing details or fueling speculation #SeeYouAroundKids https://t.co/REUTX571c6

That’s another fan favorite move for sure. We’re all curious to know what General Calrissian has been doing all this time since Return of the Jedi.

Shortly after the official list of names was released Star Wars updated the list to include Keri Russell. She’s a favorite actress of J.J. Abrams who was heavily rumored to be joining the movie in an unannounced role. Now it’s official.

Missing from the announcement are Andy Serkis, who provided the motion-capture acting for Snoke and Gwendoline Christie, who played Captain Phasma. Both appeared to die on screen in The Last Jedi, so perhaps they really won’t be coming back. Also missing from the list is Warwick Davis, who has been in every Star Wars movie since “Return of the Jedi.” We hope J.J. finds a role for the franchise’s good luck charm.

Who else do you think might show up from the Star Wars Skywalker Saga? Lobot? Return of the Ewoks?