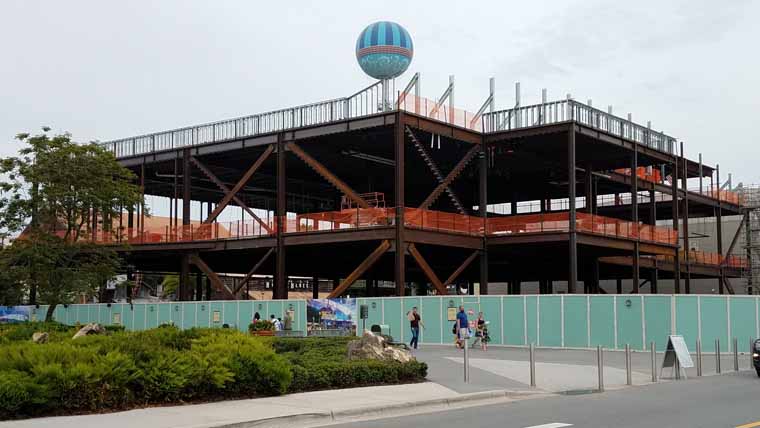 Although the name has changed, the work of transforming the former Downtown Disney into Disney Springs is not yet done. New restaurants and experiences are still under construction including: The NBA Experience, Jaleo, Wolfgang Pucks, and a much needed third Parking lot are all progressing toward their opening dates.

We recently dropped by for a look at progress on a couple of the big projects:

Jaleo and Wolfgang Pucks are supposed to open in 2018. I suppose it’s possible if they really hurry up. The NBA Experience is not quite as far along. There’s also Terralina Crafted Italian which does look like it will open in 2018. This photo is a little outdated, they’re working on final touches now. 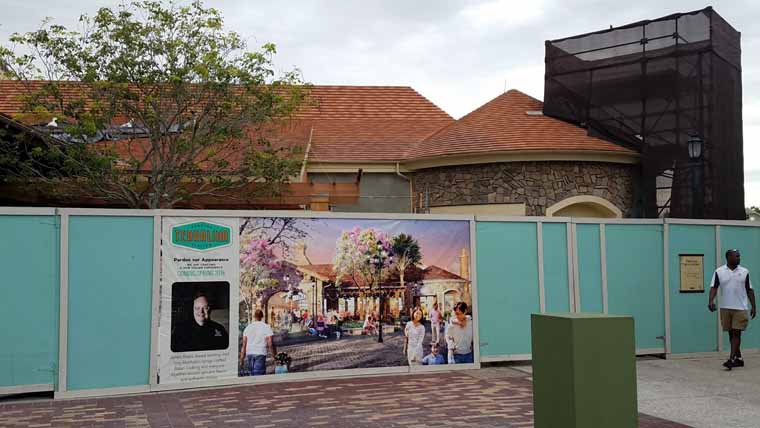 I don’t have photos or video yet of new World of Disney Store signage and construction on the new parking lot. However, I’m amazed at the speed of construction on that site. It might be opening in time for Christmas rush. It looks like Disney Springs is even more popular with guests than Disney forecast and that third parking garage is much needed.

It’s also worth noting that Cirque du Soleil theatre is still closed while they work on a new show for Disney Springs that could potentially open later this year or early 2019. It was announced that the show would feature iconic Disney stories and characters. We’re optimistic it will be fantastic and fantastical.

previousMarvel Studios’ Ant-man and The Wasp asks Who is The Wasp?
nextTerralina Crafted Italian sets official opening for Thursday, June 28