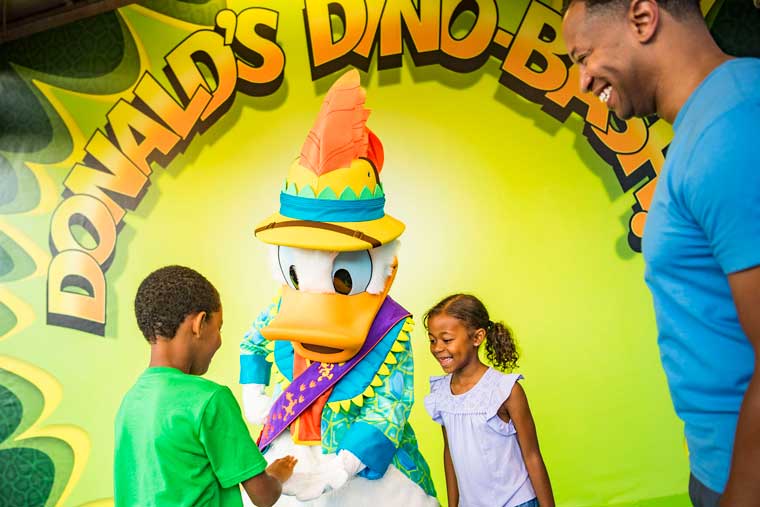 One of the unheralded aspects of the Incredible Summer at Walt Disney World is the opportunity to get character photos with some rare pals from Duckburg. Donald’s Dino-Bash has taken over DinoLand, USA with colorful decor and new character meet and greet opportunities. Rare characters like Scrooge McDuck and Launchpad McQuack are among the encounters.

The story goes that Donald Duck discovered his ancestors were actually dinosaurs. So he wanted to throw a dinosaur-themed party to celebrate. Each afternoon includes a DJ-Powered dance party and other nighttime fun when Chip and Dale show up. 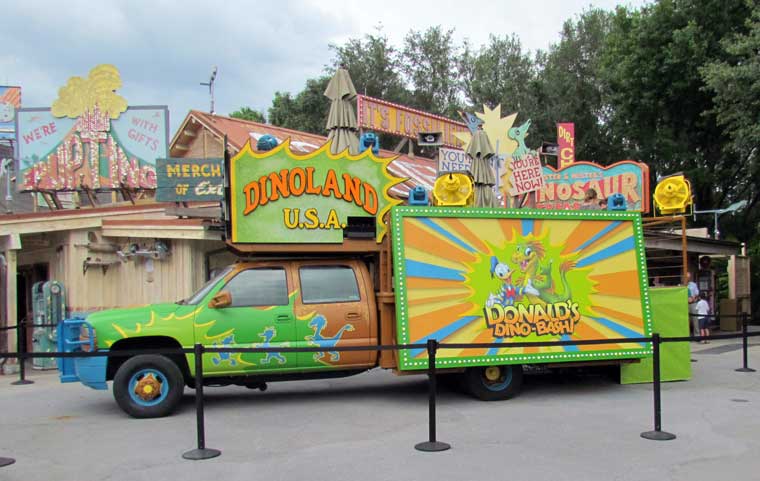 Among Donald’s friends are Goofy (dressed up as a carnival barker), Pluto, Chip & Dale (in their own dinosaur costumes (because why not)), and Daisy (who helped make all the great costumes). 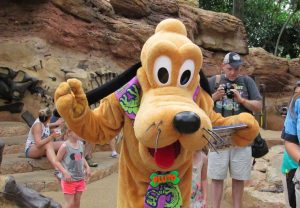 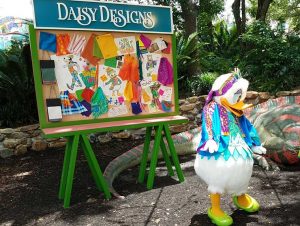 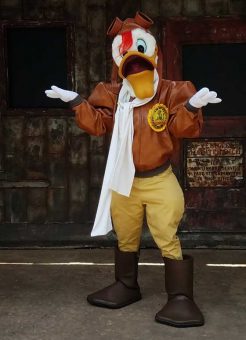 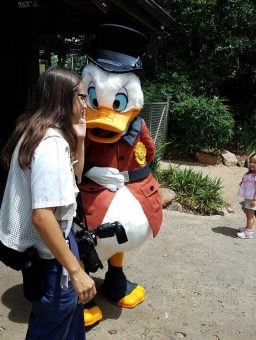 Disney’s Animal Kingdom has lacked a central place to get character photos since Camp Minnie Mickey closed to make way for Pandora – the World of Avatar. Donald’s Dino-Bash brings that much needed energy back to the park. My only complaint is that with the heat of Disney’s Animal Kingdom, it would have been nice to have at least a few of these encounters with indoor air conditioning.