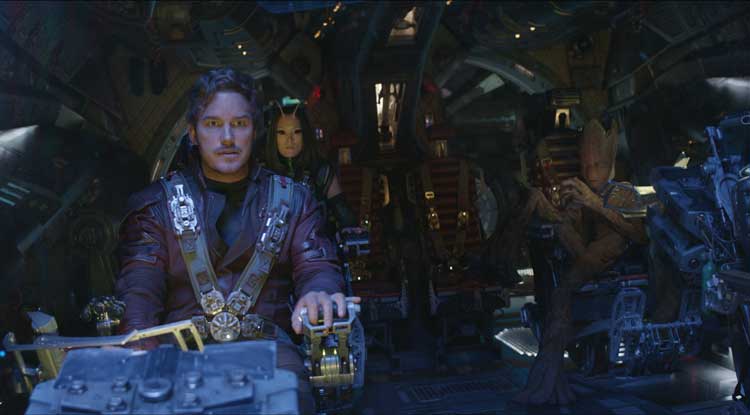 It wasn’t enough for Marvel Studios “Avengers: Infinity War” to be the fastest film ever to pass $1 Billion at the worldwide box office, it had to dominate the charts for the second weekend in a row. Domestically it scored $112.5 Million and overseas the film grossed $162.6M bringing the total to a super hero sized $1.164B worldwide.

Expect Infinity War to continue to climb as the film will open in China on May 11, the largest remaining market.

By the way, we’re completely devastated to learn producer James Gunn’s answer to one fan’s questions “What was Groot’s last line at the end of the movie.” Infinity War has a pretty good chance of winning next weekend too as it sizes up Melissa McCarthy in “Life of the Party.” Four weekends in a row might be tough with “Deadpool 2” opening on May 18th and five weekends is very unlikely as “Solo: A Star Wars Story” opens on May 25.

How many times have you seen Infinity War so far? The movie seems destined to pass $1.5B and Marvel’s “The Avengers.” What do you think the box office final take for Infinity War will be?