Five fun facts about ‘UP! A Great Bird Adventure’ at Disney’s Animal Kingdom 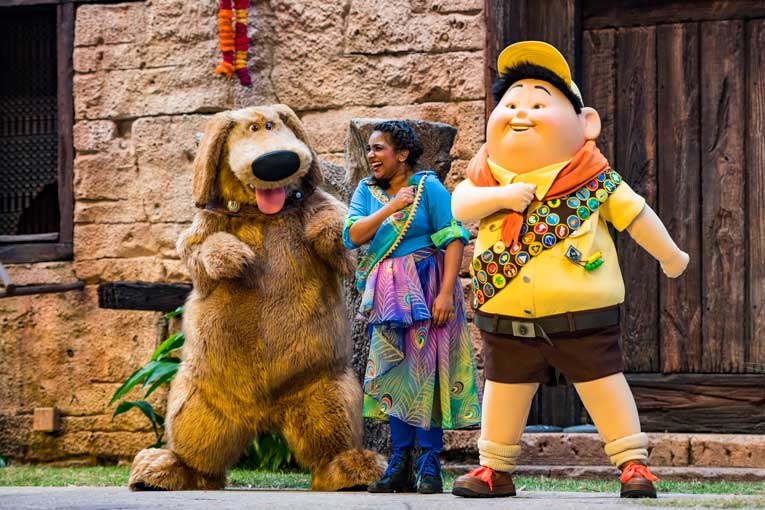 There’s a new show in the wilderness! In “Up! A Great Bird Adventure” senior Wilderness Explorer Russell and his furry pal Dug from Pixar’s animated hit film UP join bird experts on a new adventure featuring encounters with birds from around the world. The 25-minute show marks the first time Russell and Dug appear on stage at Disney’s Animal Kingdom.

We recently saw the show and am happy to say it has retained much of the charm from the old bird show. The addition of the Pixar characters make it slightly more kid friendly, but he animal encounters are just as impressive.

Here are five wild facts about the new show:

For some reason Disney has decided to add a Fastpass queue for the show, but unless you’re really intent on sitting up front, there’s no reason to waste one of your three initial Fastpass for the day on the show. There really isn’t a bad seat in the house, if you have little kids who may get nervous around big birds, consider sitting toward the back in the bleachers. 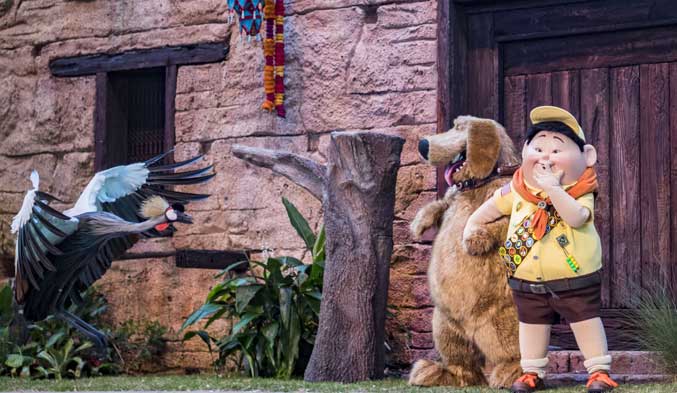 UP! A Great Bird Adventure made its onstage debut at Disney’s Animal Kingdom on Earth Day, April 22, coinciding with the park’s 20th anniversary.