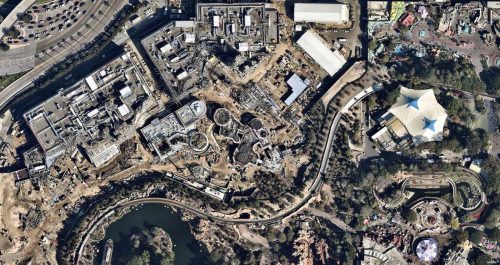 The Disneyland expansion that is Star Wars: Galaxy’s Edge promises to remake the theme park experience as we know it. A totally immersive experience that will take you to a planet in the outer rim of the Star Wars galaxy and introduce guests to actual citizens of that world, along with droids, members of the resistance, and soldiers of the First Order.

We’re excited to have these new aerial images courtesy of Nearmap. They were taken on March 18 and they show just how much progress has been made in the last few months.

Look at how many buildings are being added to Star Wars land beyond the two big show buildings for the main attractions.

It’s also interesting to look at how Disney camouflaged the storage cave for Fantasmic! floats. In 2017, it’s the blue roof in the middle of the bottom in 2018, that’s a tree covered berm separating Star Wars from the Rivers of America. Construction has progressed to the point where they’re starting to work on the outline for the Millennium Falcon infrastructure. 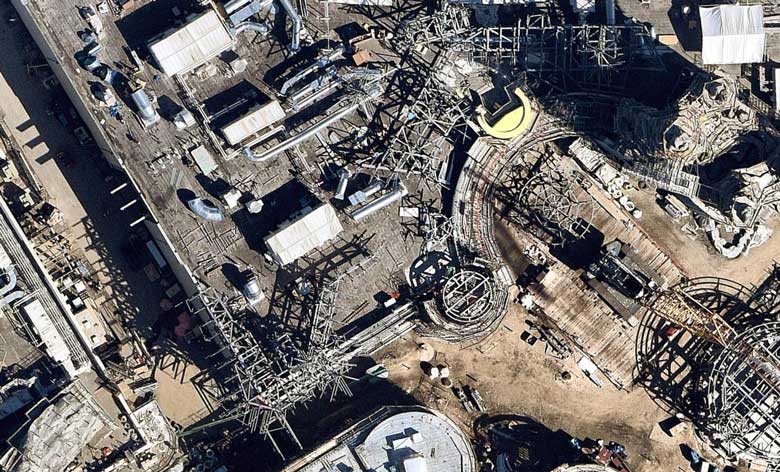 I also like how this closeup reveals how much planning goes into sight lines when it comes to adding rock work to the tops of the show buildings to hide all the equipment from prying eyes inside Galaxy’s Edge. 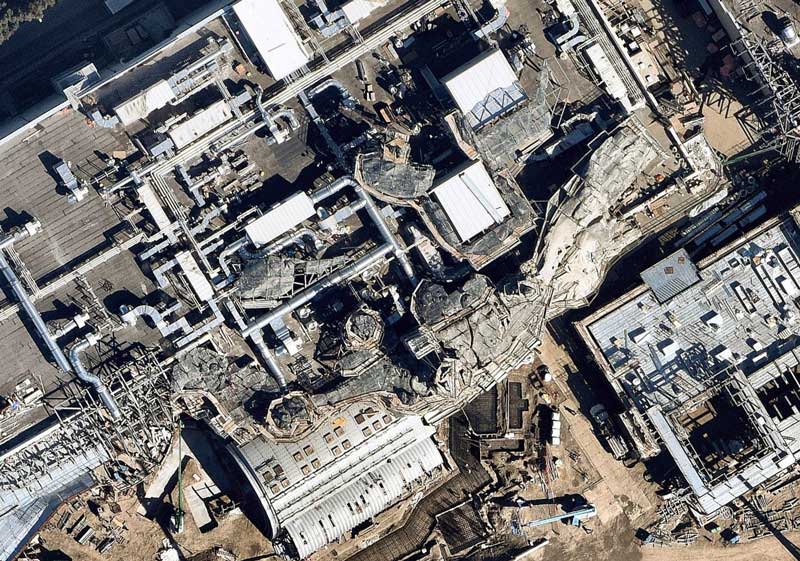 There are now three main complexes of buildings in the shops and dining area of the land. 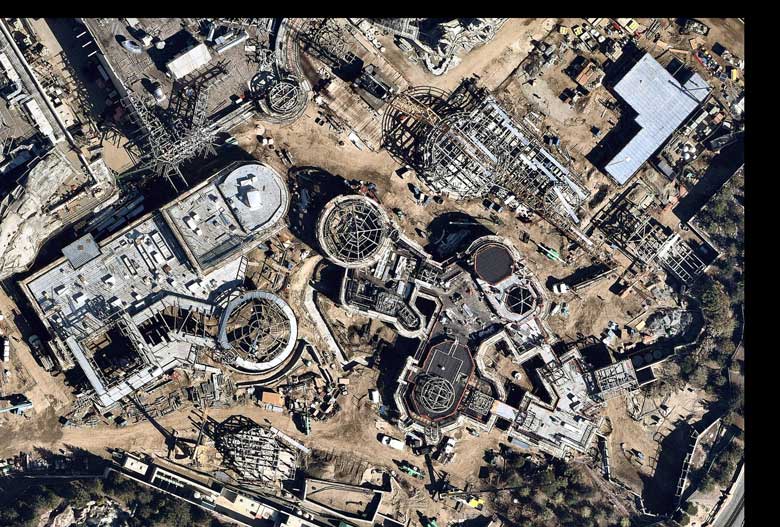 Star Wars: Galaxy’s Edge opens in 2019. Are you planning on being there?