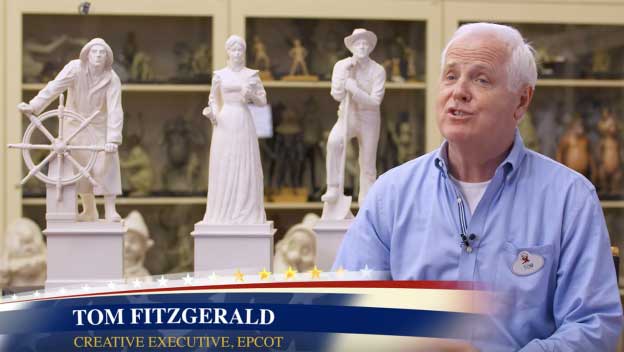 The American Adventure pavilion is positioned as the centerpiece of the World Showcase at Walt Disney World’s EPCOT. The pavilions attraction is home to one of Disney’s quintessential attractions that uses art, animatronics, and music to tell the story of American history with hosts Mark Twain and Benjamin Franklin.

Disney’s Imagineers recently revisited the attraction with a few upgrades, including an update to “Golden Dream,” the patriotic theme song for The American Adventure.

The team included pop/rock music producer Harvey Mason Jr. and they worked to include a slightly more modern feel to the song with more ‘cinematic sensibilities’ while still remaining true to the original vision.

I’ve been dying to get back to EPCOT to see the updated digital projection system used on American Adventure and hear and see the latest update to the iconic song “Golden Dream.” The song has been updated with new vocalists, new instruments, and a new arrangement.

Have you enjoyed a visit to American Adventure since the update? What did you think of the new finale sequence?