Disney has opened its newest musical in New York City. Frozen is playing to packed houses at the St. James Theater and its first week was a house record. The new record marks the first time a production has broken the 8-performance record set by The Producers over 14 years ago. The first week ended with a royal sized gross of $2,246,997.50 for the eight performances.

This marks the first time a production has broken the eight-performance house record of $1,600,243.00 established by the smash hit The Producers over 14 years ago for the week ending January 4, 2004. Prior to last week, the only other production to break that record was Dr. Seuss’ How the Grinch Stole Christmas!, which set a new house record at the St. James with a gross of $1,645,221.00 for the week ending December 23, 2007, a week in which that production played 15 performances. 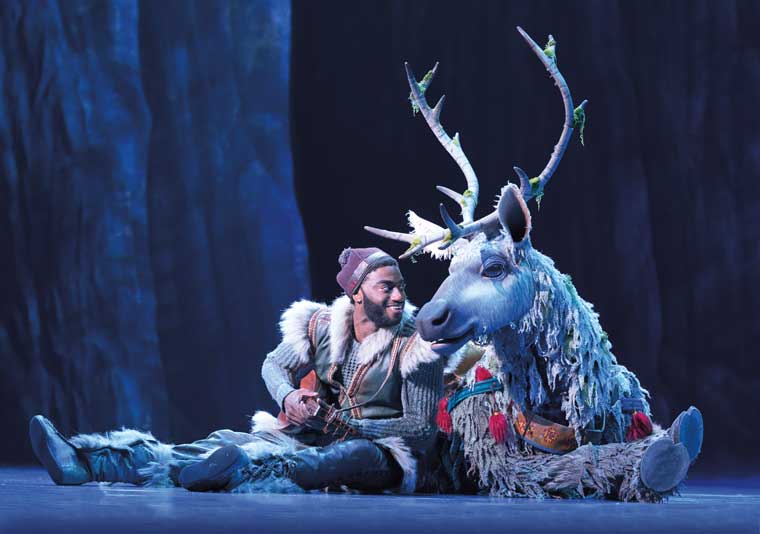 “Disney’s struck gold! Sumptuous sets, gorgeous costumes and plenty of special effects to wow the audience!” raves the New York Post. The Wall Street Journal applauds Frozen’s “spectacular stagecraft;” Newsday writes, “the show has all the makings of a serious megahit” and The Telegraph declares, “Frozen will burn up Broadway for years to come!”

Frozen, a full-length stage work told in two acts, is the first and only incarnation of the tale that expands upon and deepens its indelible plot and themes through new songs and story material from the film’s creators; in fact, this new stage production features more than twice as much music as the film. Like the Disney Theatrical Broadway musicals that have come before it, it is a full evening of theatre running over two hours. 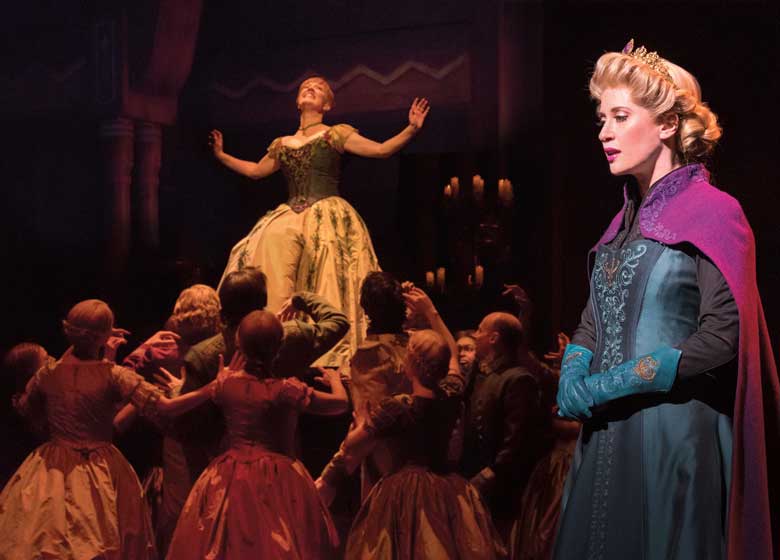 Do you have plans to get to New York and see Frozen on Broadway for yourself?