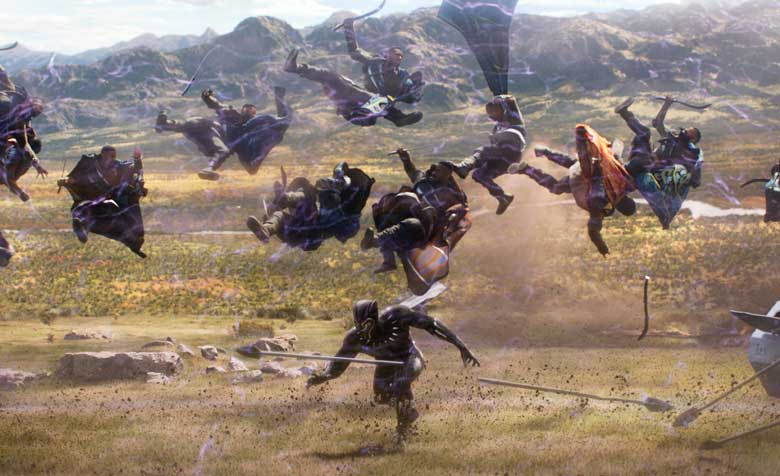 By comparison on their 26th day, these mega-movies made the following:

That kind of performance is really strong, dropping only 17% from previous week. “Black Panther” has legs, as they would say.

If you’re curious, Wednesday’s box office was a solid $3.8 million, only a 2.5% dropoff of the previous week. With spring break already underway, this strong performance could continue for a couple more weeks.

If it can win, “Black Panther” would become the first film since “Avatar” to stay a top the weekend box office for five straight weekends in a row. If it can manage that, a $700+ million domestic total is still in play, which would put it under Avatar and Force Awakens in 3rd place all time. The nation of Wakanda is powerful indeed.

Even if it falls short of 5 straight weekend wins in a row, is now very likely “Black Panther” will end up as the #1 marvel movie domestically. To fail to reach that mark, it would have to just fall off the face of the Earth.