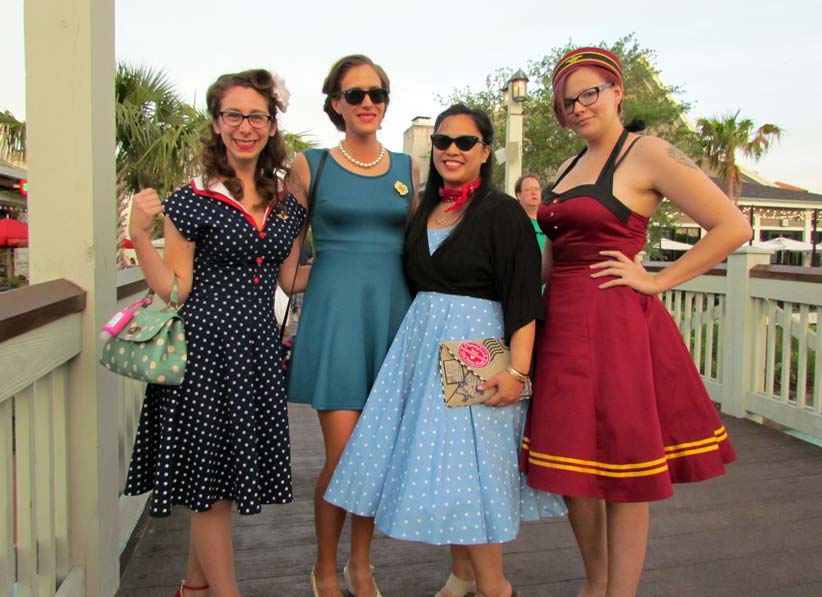 We’re big fans of Dapper Day, the fan led series of retro-fabulous park events that focus on dressing up in your dapper best and visiting Disney’s best-loved theme parks to experience it in the style envisioned by some of the earliest concept art. It’s more than a nostalgia for the past, it also expresses a desire for a different, classier, fashion forward and accepting Disney theme park experience.

The next Dapper Day event in Florida is coming up at the end of April (with in park excursions scheduled for the 28th and 29th) and organizers just announced a west coast import that’s sure to be a highlight of the show. The great Charles Phoenix will bring his famous Retro Disneyland Slide Show out east on Saturday April 28! 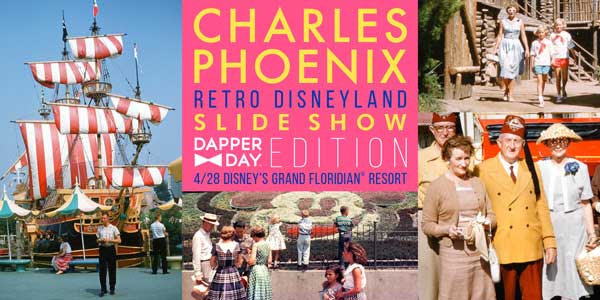 You won’t want to miss Charles’ hilarious look at the early days of the only park Walt set foot in via rare ‘found’ slides from Phoenix’s personal collection. The event will be at the Grand Floridian and we recommend getting tickets in advance.

There are two shows, but we suggest attending the earlier one and partnering it with the breakfast ticket option. What’s better than starting your day with some Mickey Waffles, right?

Phoenix is a pop culture humorist and author whose trademark enthusiasm, quick wit, and keen eye for the oddball detail make his presentation a one of a kind pleasure for Disney fans.

If you’re more of a west coast person, don’t miss the next Dapper Day Expo at Disneyland Hotel on April 21 and 22 and meet all your dapper friends in the park on the 22nd.