A Wrinkle in Time cast makes a surprise appearance at Disneyland Disney’s big screen adaption of “A Wrinkle In Time” is one of the most anticipated films of 2018. Members of the cast – Oprah Winfrey, Reese Witherspoon, Mindy Kaling and Storm Reid – made a surprise appearance at Disneyland appearing at a special preview of the film and later posing with fans in front of Sleeping Beauty Castle

Storm Reid has really grown since she filmed her scenes in the movie. She’s taller than all of them now.

Looks like a lot of fun was had by all! 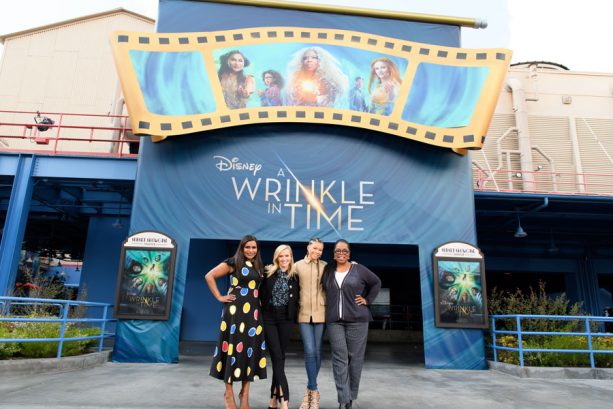 Also released this weekend was a new video where the Mrs’s of A Wrinkle in Time sat down with NASA scientists to learn the facts about Tessering.

Disney’s A Wrinkle in Time opens in theatres March 9th!

previousPixar’s Coco gets emojified
nextWould you stay at a Star Wars-themed hotel where every window has a view of space?