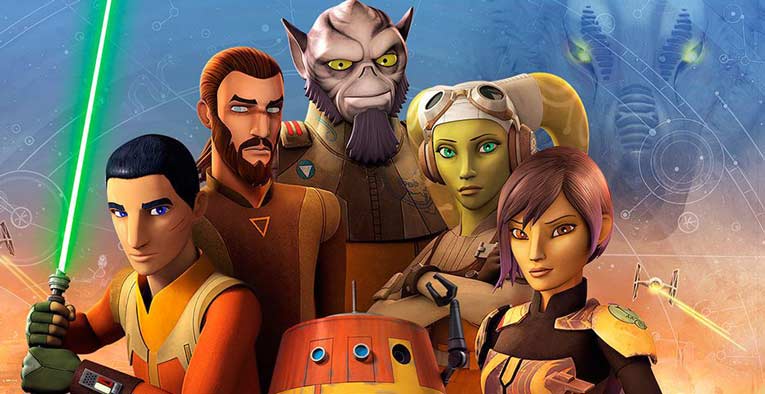 It’s time to face hard facts, the fabulous animated TV series “Star Wars Rebels” is coming to an end. Hailed as some of the best writing in the Star Wars galaxy, the series shows events leading up to Episode IV – A New Hope and “Rogue One: A Star Wars Story.” The final episodes start Monday February 19 on Disney XD. The first episode is called ‘Dume.’

Here are two new clips from episode “Jedi Night” where we see three members of the crew mounting a rescue mission to recover Hera, the captured pilot of the Ghost by using captured imperial costumes and some nifty gliders.

And this one shared by Star Wars’ youtube channel:

It’s the beginning of the end. What king of ending are you hoping for Ezra, Kanan, Hera, Sabine, Chopper, and Zeb?