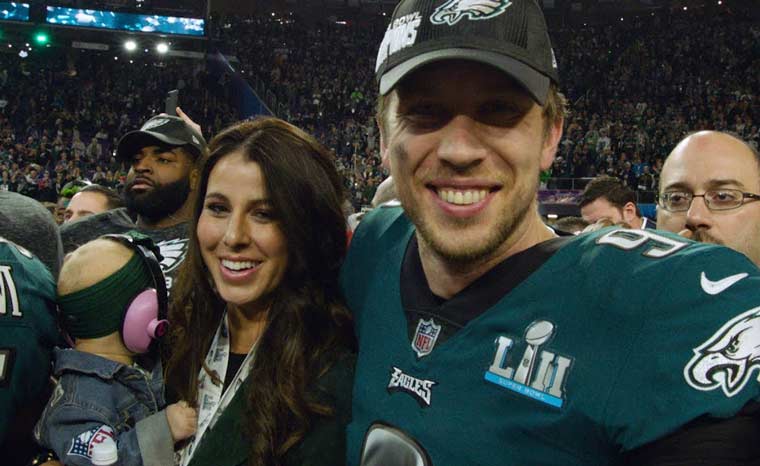 Continuing what is a now a familiar tradition, Walt Disney World is inviting the MVP of the winning Super Bowl team to the Magic Kingdom for a victory parade. This year quarterback Nick Foles from the NFL Super Bowl 2018 Champion Philadelphia Eagles will be feted. Foles also recorded that famous commercial, answering the question, “Nick Foles, you just won the Super Bowl, what are you going to do next?”

Here’s the iconic “What’s Next” commercial:

As the MVP of Super Bowl LII, Foles led his team to victory over the previous champions – the New England Patriots. The MVP threw three touchdown passes, and caught one himself, which is the first time a quarterback has ever caught a touchdown pass in a Super Bowl.

If you want to see Foles’ victory parade, make your way to the Magic Kingdom today, Monday, in time to line the parade route for the 2:40 pm celebration. If you can’t make it, the Disney Parks Blog will live stream it on Facebook and YouTube.