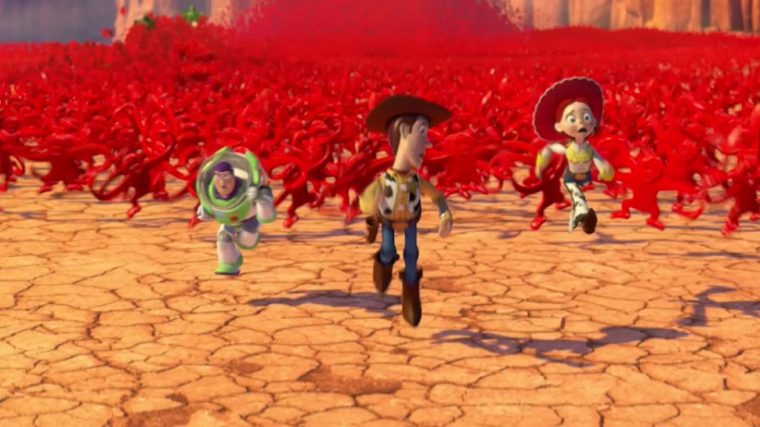 I don’t know why someone made this trailer repurposing Disney & Pixar animated movies clips to remake the trailer for Marvel Studio’s Avengers: Infinity War, but I’m happy they did. The original Infinity War trailer has already been viewed online 130 million times. This one does a fabulous job recasting Marvel’s heroes and villains with characters from Disney and Pixar’s classic films:

This makes me wonder about the potential for a united Disney / Pixar cinematic universe. Could Wreck-It Ralph and Fix-it Felix suddenly find themselves in the same world as the Toy Story characters? Could Big Hero 6 and Inside Out overlap? What movies would you like to see mashed together into a common story world?

Parody or Tribute? You Decide.

As it turns out there are plenty of other remakes / parodies of the Infinity War trailer out there. Here’s one that’s a mashup of 1990s animated TV shows:

Okay. Those were simpler times. The new Infinity War pair of movies will wrap up this cycle of the Marvel Cinematic Universe, a series of movies that sometimes took the problems of our current world head on. Are you expecting Avengers: Infinity War to be a big hit or a big miss?

Marvel Studios’ Avengers: Infinity War storms into theaters on May 4, 2018.