Earlier this year, video of Monorail Red running with one of its doors wide open surfaced online. According to one passenger, the doors opened shortly after the train left the TTC station en route to EPCOT and stayed open until they arrived in the EPCOT station. The video showed a door wide open while passengers nervously joked about the unsafe condition of Walt Disney World’s once highly touted transportation system of the future.

After the incident generated a ton of news coverage, Disney issued a response saying they were taking measures to make sure it didn’t happen again. One of those measures was to be larger, clearer, more universally understandable signs telling passengers not to lean against the doors.

Those signs have now been added to Disney World’s monorails. 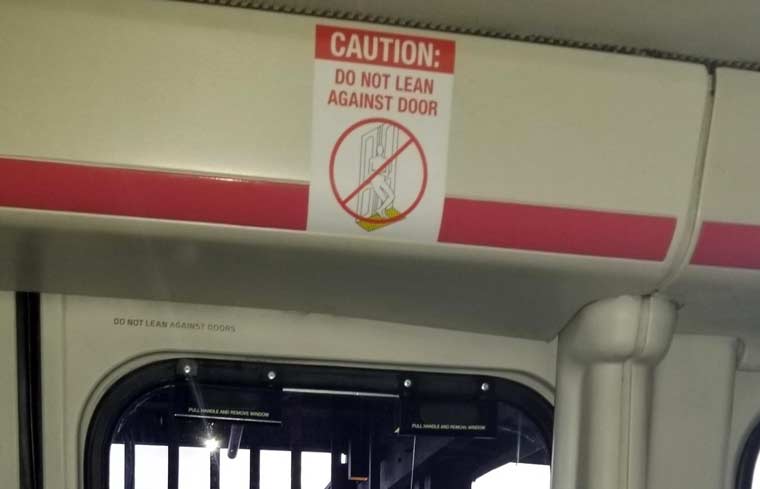 Although there’s wording in just one language, the graphic is clearly understandable by all. 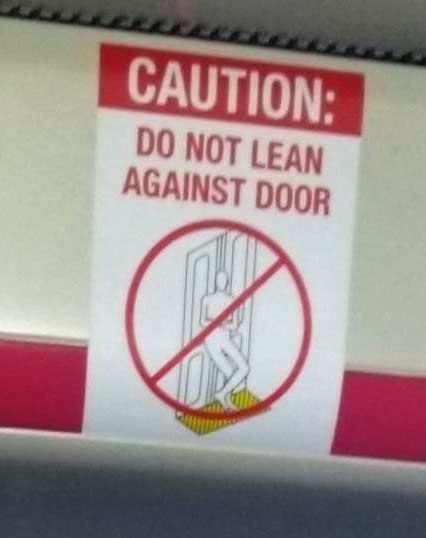 Of course a sign isn’t going to keep a door closed when there is a mechanical problem. That’s what caused the door to open in this case.

Although we call them trains, each monorail is essentially a series of engine-less minivans being pulled behind a large truck on a very narrow road. Does your minivan still run well 30 years later? I’m confident Disney has been maintaining the monorails in a very safe condition with regular maintenance schedules to keep the high capacity transportation system running as well as it can. But after 30 years, one has to wonder how much time the system has left?