Pixar’s Wall-e — From Script to Screen 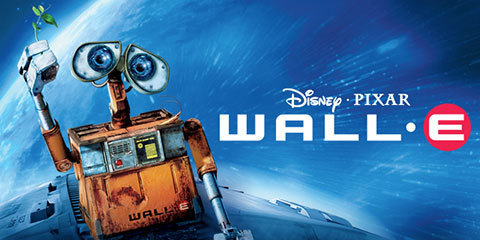 Wall-E is my favorite Pixar movie of all time. It’s not even close in my book. Okay, maybe Ratatouille is in the conversation. When it comes on the TV I have to stop and watch the amazing world and story created by Pixar for this movie. The film follows a little Earth-bound trash compactor robot, Wall-E, who deviates from his directive enough to develop a unique personality. He infects Eve, a robot sent to Earth from space, with a sense of agency behind her own directive and together they become heroes while showing the true meaning of friendship and love.

The adventures of Wall-E and Eve as they race to save the human race from a sad future stranded away from the planet Earth, is told in large part through pantomime. This makes for an interesting script.

The good news is that Pixar has just released a new video that matches the directions in Andrew Stanton’s script with the final results on the big screen.

Here’s Wall-e From Script to Screen:

Wall-E was released domestically on June 27, 2008. It’s worldwide take was $533M, which was a nice sum considering the $180M budget. It won the 2008 Golden Globe for best animated feature film and the Academy Award for Best Animated Feature among other accolades.

Don’t own Wall-E yourself? What are you waiting for? Pick it up today on Amazon and save up to 50% off the retail price. (Your purchase will help support The Disney Blog. Thank you)