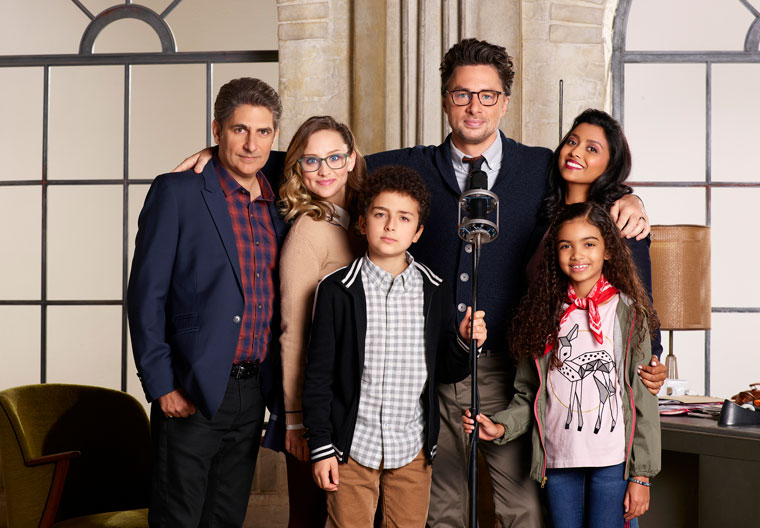 Disney’s ABC network has announced mid-season premiere dates for the new dramas “The Crossing,” “Deception,” “For The People” and the “Grey’s Anatomy” spinoff, as well as new comedies “Alex, Inc.” and “Splitting Up Together.” This is a strong line up for a network that already has a number of popular shows.

When his career is ruined by scandal, superstar magician Cameron Black has only one place to turn to practice his art of deception, influence and illusion – the FBI. Using every trick in the book and inventing new ones, he will help the government catch the world’s most elusive criminals while staging the biggest illusions of his career. The series is from writer/executive producer Chris Fedak (“Chuck”) and executive producers Greg Berlanti, Martin Gero and Sarah Schechter. Illusionist David Kwong (“Now You See Me”) will co-produce.

I put this one first because I think it has the best potential to be a show I regularly watch. A police procedural that involves magic and illusion? Sign me up!

Based on Alex Blumberg’s successful podcast “StartUp,” comedy series “Alex, Inc.” is all about the things that happen – the good, the bad and the ugly – when a journalist and family man quits his job to start his own company. He quickly discovers it’s going to be a lot harder than he thought.

Of the comedy’s Alex, Inc. appears to have the best potential to pick up an audience.

Jude Ellis (Steve Zahn) is the sheriff of Port Canaan, a small fishing town, whose plans for a quiet life change instantly when refugees from a war-torn country wash up on his beach seeking asylum, only the country these people are from is America – and the war they are fleeing hasn’t happened yet. As the Feds set out to uncover the truth behind the mysterious migration, Jude will launch an investigation of his own with the help of his loyal sheriff’s deputy, Nestor Rosario (Rick Gomez). Reece (Natalie Martinez) is a refugee but she’s different. She’s an “Apex,” a member of a genetically engineered human population. Her only goal once she arrives in town is to find her daughter, Leah (Bailey Skodje), from whom she is separated during the Crossing.

Leading the investigation for the Department of Homeland Security (DHS) is Emma Ren (Sandrine Holt), whose pursuit of the truth is complicated by the fact that her boss, DHS Undersecretary Craig Lindauer (Jay Karnes), seems to know a lot more about the migration than he’s telling her. Emma’s second-in-command is Bryce Foster (Luc Roderique), an empathetic agent who comes to find himself in over his head. Another vital member of the government team is Dr. Sophie Forbin (Georgina Haig), who has her own personal reasons for researching the Apex phenomenon and what it could mean to the future of science. Caleb (Marcuis W. Harris) and his wife, Rebecca (Simone Kessell), Hannah (Kelley Missal) and Paul (Rob Campbell) are all survivors from the crossing who come bearing dark secrets and a desperate pursuit for a better life.

The Crossing premieres on ABC on Monday, April 2 at 10|9c.

Set in the United States District Court for the Southern District of New York (a.k.a. “The Mother Court”), the new Shondaland series show follows six talented young lawyers working on opposite sides of the law and handling the most high-profile and high-stakes federal cases in the country.

These young lawyers will be put to the test both personally and professionally as their lives intersect in and out of America’s most prestigious trial court.

For the People premieres March 13th at 10pm on ABC>

The latest series from the executive producers of “Grey’s Anatomy,” “Scandal” and “How to Get Away with Murder” follows a group of heroic firefighters at Seattle Fire Station 19 – from captain to newest recruit – as they risk their lives and hearts both in the line of duty and off the clock. These brave men and women are like family, literally and figuratively, and together they put their own lives in jeopardy as first responders to save the lives of others.

This will be the last season of new shows from Shondaland. Let’s hope these productions take off.