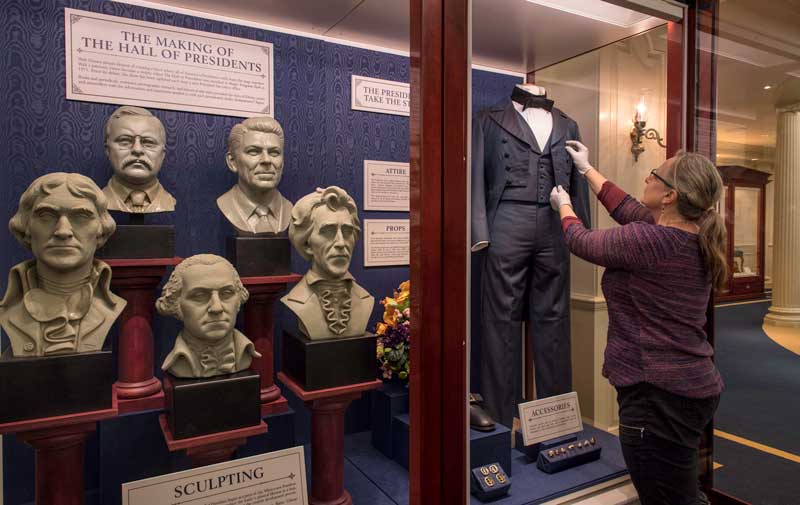 It took a year, but the Hall of Presidents has reopened at the Magic Kingdom bringing with it new enhancements and new show elements to bring the story of the presidency to life. And yes, the newest occupant of the White House is there and with a speaking part.

The Audio-Animatronic figure of President Donald J. Trump has some of the latest advances in technology that enable smoother, more lifelike movements. The President also personally recorded a speech for the Hall of Presidents, just as every sitting President has done since the early 1990s.

Trump’s AA has the hand gestures down

Nothing but respect for MY Robot Jon Voight President https://t.co/pmOpgmk6ca pic.twitter.com/MwhPVk9v8S

The pre-show in the lobby now pays special tribute to Walt Disney and his vision for a presidents based audio-animatronic show. We all know that Walt Disney himself was a patriot and bled red, white, and blue. He wanted the Hall of Presidents to be in the Magic Kingdom. So it’s important that Disney continue the tradition.

No matter what happens in Washington DC or your personal politics, I feel it’s important that we continue to honor our democratic traditions now and going forward with every subsequent president.

4 thoughts on “Hall of Presidents returns to Walt Disney World”