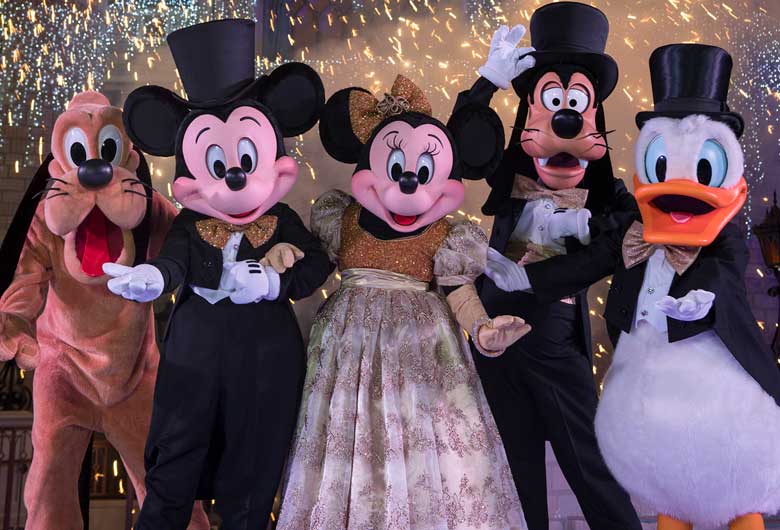 If you’re looking to ring in the New Year in the most magical way possible, you can’t go wrong at Walt Disney World. From special dinners to sparkling toasts, from ear shattering fireworks to rocking New Year’s Eve parties, the vacation kingdom has something for everyone.

Update: Can’t make it to the parks? You can watch the Livestream from the Magic Kingdom for free online (visit YouTube to set a reminder):

If you want to join in one of these unforgettable events, remember that hard ticket events will fill up quickly. Here’s the lineup of ways to ring in the New Year:

Our tips for a great New Year’s Eve? Identify the rough place you want to be at when Midnight strikes earlier in the day. Then when people start to stake out their spots for the rest of the night, head there immediately and start your campout. You can send some one to get drinks and snacks as long as someone remains behind and the space is well marked out with bags or a blanket. Also note, you can see the Magic Kingdom fireworks a night early.

Keep an eye on the weather the night before and make sure you dress warm enough to stay to midnight. You don’t have to get to the parks at opening, but it is possible that Magic Kingdom will go into a phased closure at some point in the day. Park at the park you plan to be at when midnight bell is rung. You don’t want to have to find transportation back to another park or be forced to have a long walk after midnight.

What are your best New Year’s Eve tips for Walt Disney World?