Recent weeks have been filled with debate as to whether or not Disney’s move into the streaming industry was a smart business decision. Though stock values fell after the announcement, and Wall Street analysts are betting billions against the service, Disney ultimately has the media catalog, international brand name, and reputation for quality services to pull off the feat (BUSINESS INSIDER). 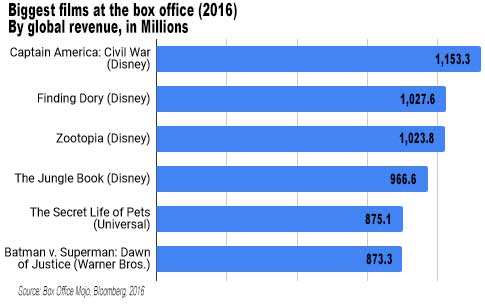 Disney is making a smart business decision in launching its own streaming service, and is arguably the only company that could pull off this move given its massive library of content. So, what is the deal with this new service, and is it a good time to be applying to work at Disney Streaming? I’ll break it down for you.

So, what is this new mystery venture? Disney will provide its own monthly subscription service (price TBA) providing users access to its entire catalog, including Disney-Pixar movies, Marvel films, and the entirety of the Star Wars franchise, as well as classic Disney hits like Cinderella and Fantasia. In addition, there will also be original Disney branded shows, movies, and television movies, as well as over 7,000 episodes of Disney television shows (New York Times). However, shows from Disney-owned ABC will not be coming to the service.

In short, investors are not happy. Disney shares fell 4% immediately following the news, while Netflix shares were not hurt in the least (Variety). This is the first sign of trouble, because though Disney hopes to take on the streaming giant, so far has not even caused a dent in Ted Sarandos’ armor. However, this is an opportunity: while the masses will be thumbing their nose at Disney streaming, those in the know will be silently dropping their Netflix accounts and applying to for positions at the newly formed offshoot at the House of Mouse. 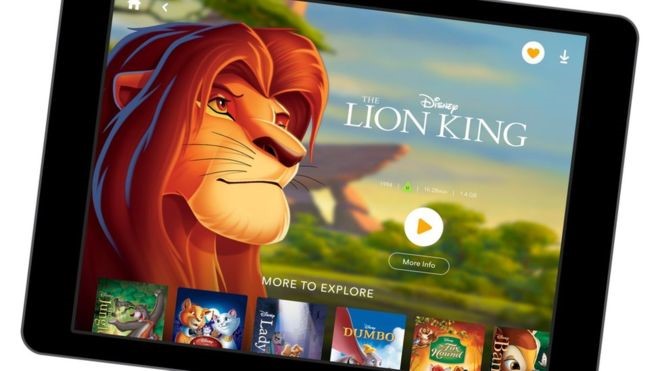 Disney has always found ways to keep their fans excited through excellence in theme parks, merchandising, as well as movies and TV. The launch of this streaming service is just an extension of the long held Disney tradition of innovation and will fit the brand perfectly.

A reason this service will likely be a success is Disney’s reputation for high quantities of high quality content that has historically performed well. For example, 18 out of the top 100 highest grossing films of all time are Disney—this upper hand in content ownership may be one of the strongest advantages the company has in the streaming wars (BUSINESS INSIDER). Additionally, there is room for crossover in marketing thanks to their massive international brand. Disney is particularly known for building franchises and merchandising its content well. Merchandising the new shows and movies on the streaming service could be a big revenue driver along with the new attractions at theme parks and special perks for subscribers, such as discounts at Disney stores or perks at Disney theme parks.

Benefits of the service

Disney will reach a more targeted audience—Disney fans that are willing to pay for a subscription to a brand-oriented service—and will be able to market other Disney services such as cruises, parks, and music, directly to them. There is a trend in consumers opting out of expensive cable subscriptions, and therefore Disney’s television networks are losing viewers and advertising dollars (New York Times).

The streaming space is like the Promised Land: it is rife with consumers willing to pay blindly for top content. Disney needs it to reach the customers that parted with cable, and to resonate with millennials, who prefer streaming—in fact, 67% of millennials pay for up to three streaming services (Forbes). As millennials begin to have kids—who want to watch Disney shows—this service will likely prove more and more crucial to Disney’s bottom line.

Disney is already a household name and its fans have proven they are willing to spend money. Disney has a lower marketing cost compared to a company like Netflix or Hulu, since it already is such a massive international brand name. In the past five years, upwards of 700 million people have visited a Disney park (BUSINESS INSIDER). The average price of a single-day admission to a Disney park is $124, and that does not include the transportation, food, souvenirs, or lodging accommodations that go into a trip to one of the eleven Disney theme parks across the globe. Time magazine evaluated the average Disney theme park vacation to be priced at around $6,000 for a family of four (TIME). This high pricing has not deterred people—in fact, Disneyworld hosts over 30 million visitors annually (TIME). Disney fans do not mind spending money because Disney is a reliable brand with fantastic merchandise, theme parks, and content that always delivers.

Disney channels have 245 million domestic subscribers and 472 million international subscribers (SeekingAlpha). These figures will likely transfer over to the streaming service, in addition to re-gaining the followers that got rid of their cable subscriptions.

Competing with Netflix and Hulu will be difficult

This move is not without detriments. Competing with established platforms like Netflix and Hulu will be difficult, and startup for the streaming service will likely incur many expenses. Launching this service will be expensive, with some even evaluating startup costs to be upwards of 1 billion dollars (SeekingAlpha). Essentially, Disney will be spending all of this money—and losing the revenue its partnership with Netflix brought in—only to compete with the leading streaming platforms in the entertainment industry. Services like Hulu, Netflix, and Amazon have already successfully established themselves as the pre-eminent content distributors of the new digital age.

Additionally, Disney will not necessarily steal consumers from Netflix by simply removing their content. Netflix has been eagerly preparing for the day that studios part ways with it by creating more original content. Netflix’s hits, such as “Stranger Things,” “House of Cards,” and “Narcos,” among others, are responsible for the services record 91 Emmy nominations in 2017 (TECHCRUNCH). Additionally, Hulu recently became the first streaming service to win an Emmy for Best Drama with its original “The Handmaid’s Tale.” (TECHCRUNCH)

Furthermore, Netflix has shown it’s not going to go down without a fight—the service poached ABC showrunner Shonda Rhimes for an exclusive deal. Disney owns ABC, which will likely struggle to fill the void left by Rhimes, who has a cult following with her shows such as Grey’s Anatomy, Scandal, and How to Get Away With Murder.

Another problem is the question of diversity of content. While all of the content to be offered on the Disney streaming service will be distinctly on-brand Disney content, Netflix offers a diverse variety of programming from children’s television shows, to adult swim, to award-winning dramas. However, one unifying factor in all of Netflix’s top programs is that they are originals and exclusive to the service. If it is exclusives that sell a streaming service, then Disney will succeed; Disney has exclusive ownership over myriad content already, as well as the resources and leverage to negotiate further deals for exclusive content.

Why Disney can compete with Netflix

Disney’s brand is so distinct that it is able to get away with its own streaming service. Disney’s brand is synonymous with quality. Disney theme parks are constantly ranked among the world’s best, they made Frozen, the top grossing film of all time, and even their customer service is world renowned (ThemeParkTourist, CNN). Not only is there an automatic trust placed in Disney by the consumer, but there is also an expectation of innovation, excellence, and fun for the whole family. This, in combination with stellar content such as the Star Wars films, works fantastically for an emerging streaming service—there will be a built in audience. Send in your job applications now.

Author bio: Sophia Lopez is a Disney fanatic studying screenwriting at USC’s School of Cinematic Arts. Her all-time favorite Disney movie is The Little Mermaid, and when Sophia was little, her mother (a redhead) convinced her that she was the Little Mermaid. Sophia also loves Frozen, The Lion King, Wreck-It Ralph, and the mickey shaped pretzels at Disneyland.

previousBackstage Magic Tour at Walt Disney World, what you need to know
nextThe SpectacuLAB Show Opens at Innoventions at Epcot