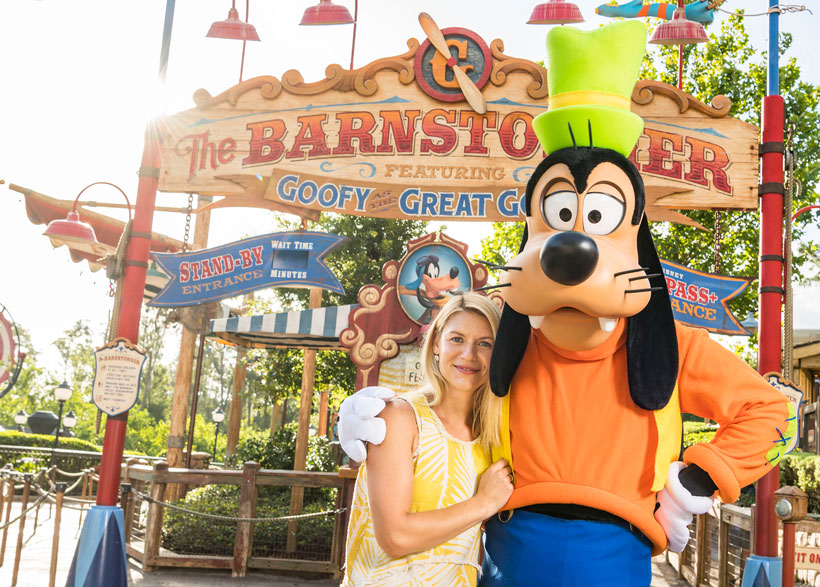 Who doesn’t love to visit the characters when having a magical vacation at Walt Disney World? Not actress Claire Danes. Danes got to meet her favorite Disney character Goofy, and go on an pre-opening adventure with him on The Barnstormer featuring Goofy as the Great Goofini!

Danes was visiting Walt Disney World with family and friends, a regular occurrence. She said some of her favorites moments were meeting Disney characters and visiting Pandora — The World of Avatar.

Fans of the Showtime series Homeland know Danes as Carrie Mathison, a CIA agent. One of her early roles was on ABC’s My So-Called Life in 1995. Her many film roles include the 1994 adaption of Little Women, Juliet in Romeo & Juliet in 1996, and Terminator 3: Rise of the Machines.