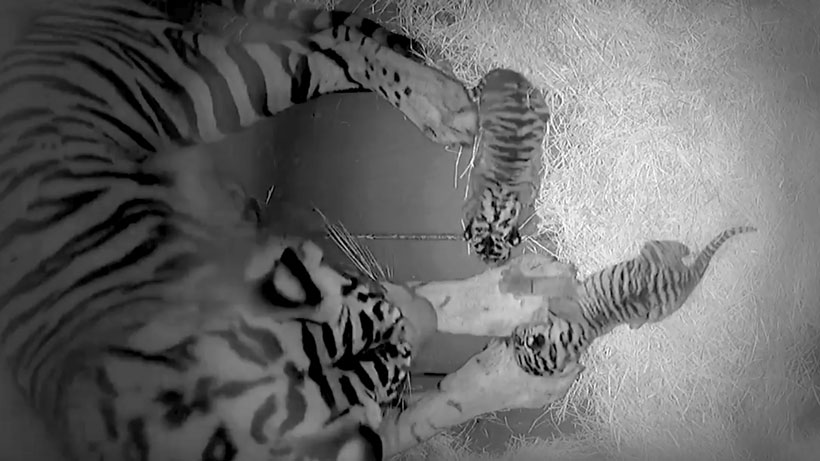 Part of the magic of Disney’s Animal Kingdom is its membership in the Association of Zoos & Aquariums and their species survival programs for endangered animals. Take the Sumatran Tiger, there are only 500-600 oef these majestic animals left in the wild, which is why the arrival of cubs at Disney’s Animal Kingdom, is such an important achievement. Disney is one of only 30 institutions trying to maintain gene diversity and increase the population of the critically endangered Sumatran Tiger.

Sohni, one of the Sumatran tigers in Disney Animal Kingdom’s animal care program, recently gave birth to a pair of tiger cubs, the first in the park’s history. They’re backstage where they can bond and receive care from Disney’s experts and veterinarians.

Eventually Sohni and her cubs will be on the Maharajah Jungle Trek where they’ll be visible to the public. That could be months, however. Until then, Disney has shared this cute video sneak peek of the cubs bonding with their mom.