That galaxy far, far away is drawing a lot closer as Disneyland construction crews  and Imagineers held a topping-off ceremony to install at the Star Wars: Galaxy’s Edge expansion. The ceremony was held yesterday as construction teams installed the highest steel beam in the much-anticipated Star Wars-themed land. This milestone capped off the infrastructure for a 130-foot-tall rock spire, the highest point in the new land. 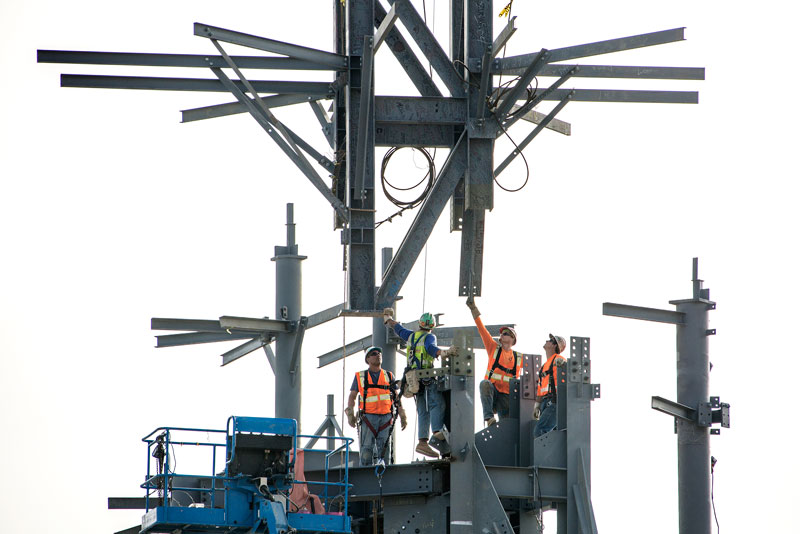 Once completed, Star Wars: Galaxy’s Edge will include approximately 10,000 tons of structural steel and approximately 200,000 square feet of hand-carved rockwork. The same 14-acre land also is under construction at Walt Disney World in Orlando, FL., but it will open after the Disneyland version.

In this video we compare the Imagineering model of Star Wars: Galaxy’s Edge with the actual construction and hear from an Imagineer Walt Smith on the construction.

The new Star Wars-themed land is coming to Disneyland in Anaheim, Ca. in 2019