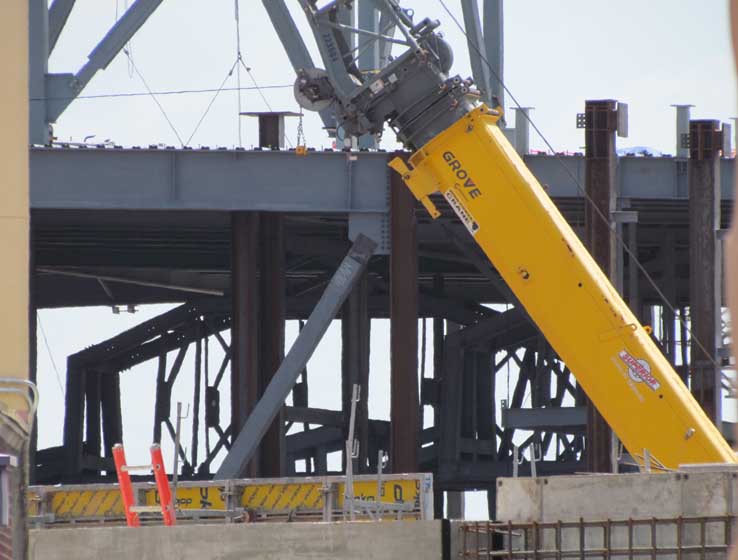 Things are getting serious over at Disney’s Hollywood Studios. We take a peek over the walls at Toy Story Land and Star Wars: Galaxy’s Edge construction. Plus a look at the remaining Streets of American buildings, now called Grand Avenue. Even Muppetvision theater has a new name “Grand Arts Theater” to go with the new theme.

Toy Story Land has put the final piece on its Slinky Dog coaster and construction on the new entrance for Toy Story Mania is also coming along. Soundstage 4, the one that most recently housed the Pirates of the Caribbean encounter, is now being demolished to make way for a new entrance to Toy Story Land. Over in the former Streets of America, the area that will eventually serve as one entrance to Star Wars: Galaxy’s Edge is getting a makeover. The buildings will now be called Grand Avenue and it will feature vintage office buildings and warehouses like you might find in Downtown Los Angeles. There you will also be able to stop at Baseline Tap House and enjoy some beer and wine from California. 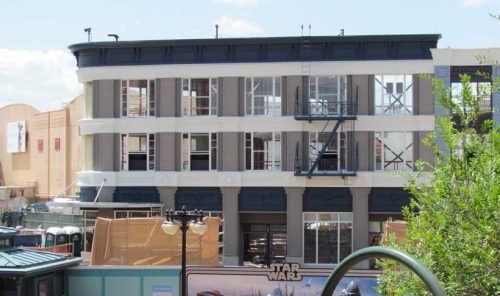 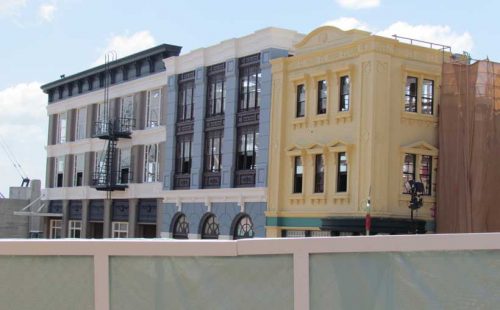 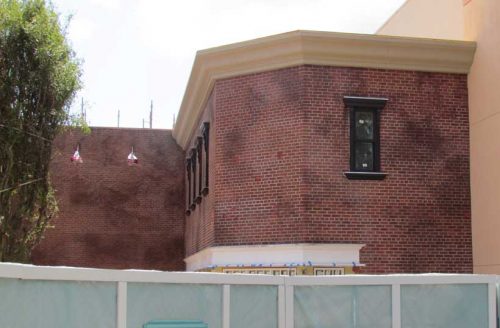 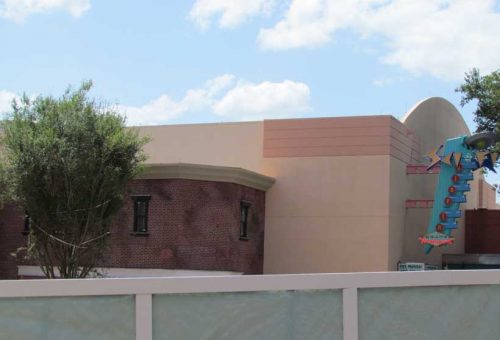 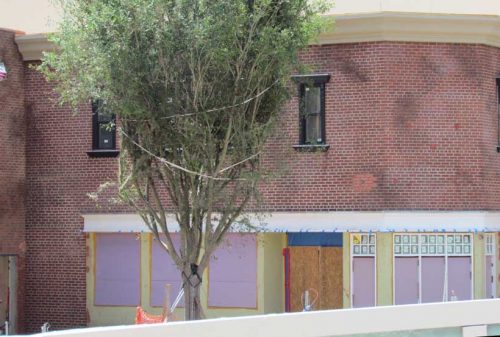 The former Writer’s Stop has been given a fresh new exterior look while the area across from the entrance to MuppetVision is being upgraded to welcome the throngs of guests that will be marauding down the path to Star Wars: Galaxy’s Edge in 2019. 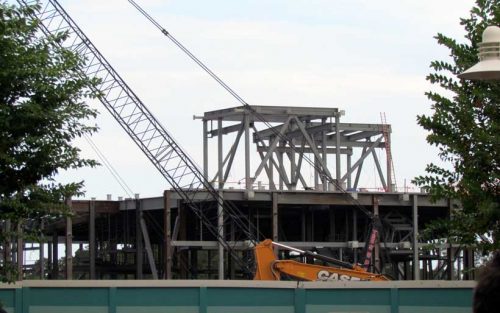 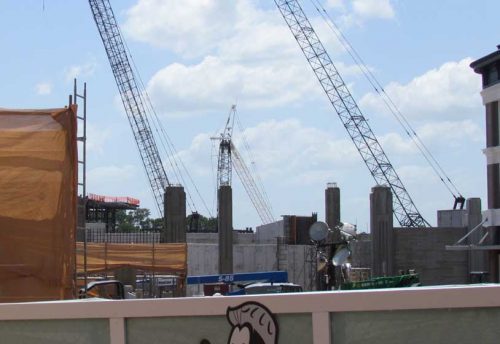 Expect Grand Avenue and Baseline Tap House to open later this year. I’m hoping to see ‘placemaking’ similar to the retheming for Writer’s Stop across the rest of Disney’s Hollywood Studios as it readies for it’s new theme and name and leaves the studio theme behind.