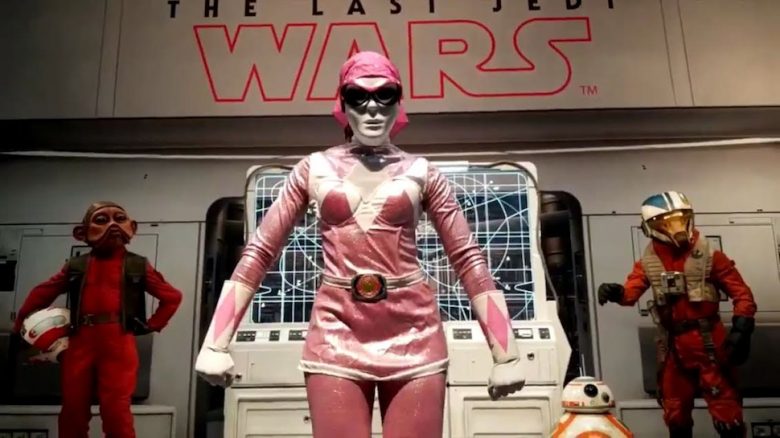 Although we didn’t realize it at the time Star Wars and Black Panther’s Lupita Nyong’o actually won San Diego Comic-Con. The actor, producer, and (as we discovered) disco dancer, turned SDCC into her own personal dance club. If only we’d know what to watch for at the time.

Celebrities attending SDCC in full cosplay has been a thing for a long time. Many of them love the chance it gives for them to experience the convention the same way an average fan would. The truth is they’re fans too and deserve the chance to geek out just like the rest of us. If you’re on the floor of any local fan convention, you never know who might be behind that mask, although sometimes celebrities will reveal themselves after the con.

That’s exactly what Academy Award winner Lupita Nyong’o did in spectacular fashion on Instagram tonight. Disguised as the Pink Ranger, Nyong’o danced her way across the expo floor. She’s quite good too.

I love how she takes the time to point out her Star Wars character Maz Kanata in between her excellent disco boogie. Did you see the Pink Ranger at SDCC? What do you think of her video?