Disney re-animates its accelerator with new class of companies 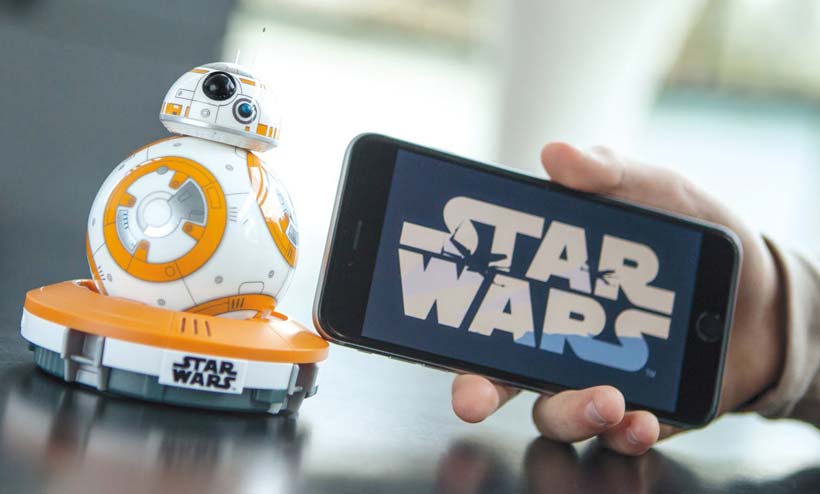 Whether you call it a business incubator or an idea accelerator, these intensive mentoring and learning experiences are designed to help small companies grow into successful big ones. For a company like the Walt Disney Company, the Disney Accelerator is a crucial strategy to develop relationships with tomorrow’s influential companies early. Disney has had good success in the past and this new class of startups is bound to have at few breakouts as well.

The companies in the accelerator will have access to the right people at Disney who can help them harness the creativity, imagination, and expertise of The Walt Disney Company, providing them unprecedented access to Disney’s leadership team, mentorship, and support. In the end there is likely to be some synergy with existing of future Disney projects.

Since the Disney Accelerator began in 2014, many of the companies continue to work with Disney on successful products and services. Sphero released the BB-8 App-enabled Droid, the number one Star Wars toy of 2015, and they have a multi-property lineup for this year including the App-enabled Ultimate Lightning McQueen, the voice interactive Spider-Man, and more. Atom Tickets, a new movie ticketing app, partnered with “Rogue One, A Star Wars Story” in 2016 to bring ticketing and exclusive merchandise to mobile phones, and continues to work with Walt Disney Studios on major film releases. And over the past three years, imperson has developed conversational chatbots powered by their Artificial Intelligence for several Disney projects, including most recently for Walt Disney World’s Pandora – The World of Avatar.

“The Disney Accelerator has provided The Walt Disney Company incredible opportunities to connect with and be inspired by many talented entrepreneurs from all over the world,” said Michael Abrams, Senior Vice President, Innovation, The Walt Disney Company. “This year, more than ever, we are working with companies with the potential to help define the future of media and entertainment together with Disney.”

The 2017 Disney Accelerator companies include:

The 2017 Disney Accelerator is helping shape the future at the intersection of entertainment and technology with some of today’s most innovative entrepreneurs who are creating new entertainment formats, developing new technologies and reimagining digital monetization and personalization.

If you could create one piece of technology that would make your Disney vacation experience more enjoyable what would it be? Maybe you have your own startup?