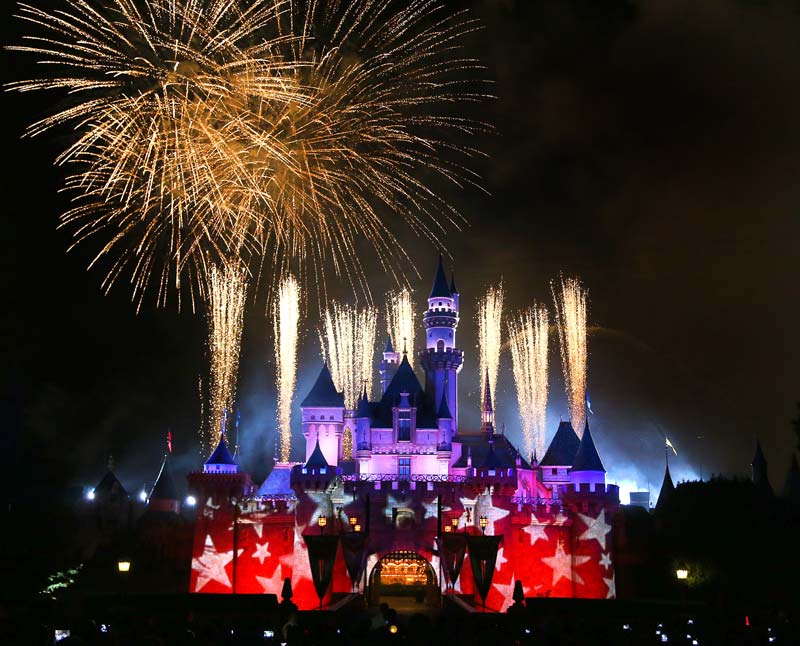 If you’re planning to be in Southern California this Fourth of July holiday weekend, it’s not too late to add a visit to the Disneyland Resort to celebrate America’s independence. Most of us think of fireworks and those are pretty spectacular, as this video from Disneyland highlights

But there are plenty of other options too. Here are ten ways to enjoy a bit of patriotic fun at Disneyland.

You can enjoy a special patriotic fireworks display, “Disney’s Celebrate America! – A Fourth of July Concert in the Sky.” This fireworks show is presented nightly at 9:30 at Disneyland Park, from July 1-4.

You may also watch the nightly Main Street Electrical Parade, which includes the patriotic “To Honor America” finale, at 8:45 p.m. and 10:45 p.m. The finale salutes America with dancers in patriotic dress, a 118-foot-long illuminated American flag and a majestic bald eagle fashioned from brilliant golden lights. Guests may enjoy the Electrical Parade for only a few more weeks, as it performs each night through August 20. 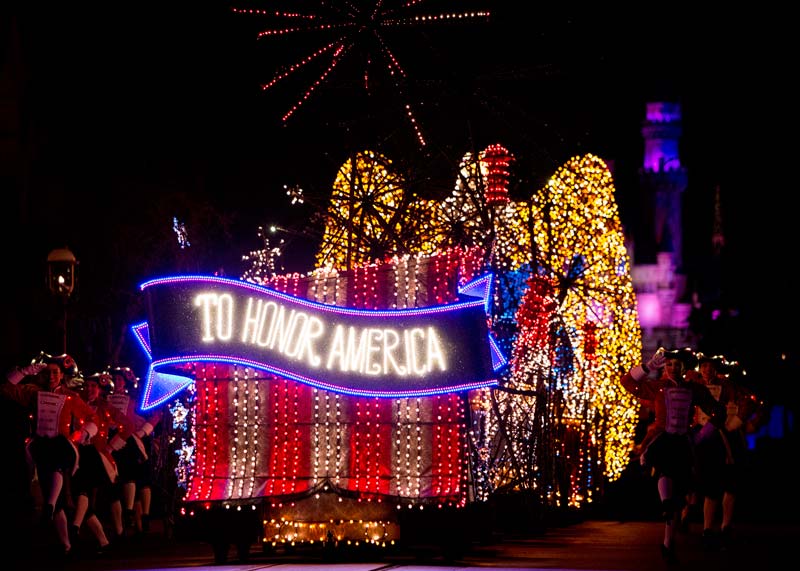 And in Town Square on Main Street, U.S.A., the Great Moments with Mr. Lincoln attraction continues to inspire generations of guests with patriotic storytelling, a famous speech and a salute to President Abraham Lincoln.

On July 4 only, a special patriotic pre-show leads into nightly performances of the “World of Color” spectacular, at 9 and 10:15, in the Paradise Pier area of Disney California Adventure.

While exploring the Summer of Heroes, you may encounter the most patriotic of all Super Heroes – Captain America himself! Captain America and Spider-Man appear daily in Hollywood Land, near the all-new Guardians of Galaxy – Mission: BREAKOUT! attraction.

Guests searching for Americana-themed merchandise will discover a variety of raglan-style t-shirts, tank tops, trading pins and accessories, including lanyards, a Minnie Mouse headband and more, at select locations throughout the Disneyland Resort. Red-white-and-blue, Captain America-themed merchandise, accessories and toys can also be found throughout the resort including at the Studio Store and The Collector’s Warehouse, both located in Hollywood Land at Disney California Adventure.

At Hotels of the Disneyland Resort and Napa Rose

In the days leading up to Independence Day, a variety of inspirational bands, honor guards and performances will be featured at the Disneyland Resort. Guests may confirm show times of these performances in the daily park guides.

Previously: 4th of July options at Walt Disney World for 2017