The women of Star Wars mini-series gets premiere date 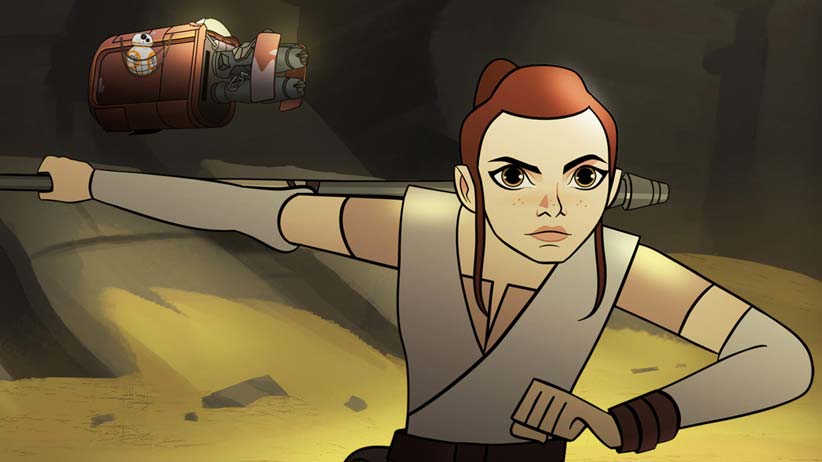 Good news Star Wars fans, you don’t have to wait until the fall return of “Star Wars Rebels” for more stories from the galaxy far, far away, the new animated short series “Star Wars: Forces of Destiny” is coming soon to YouTube and the Disney Channel.

Many familiar Star Wars actresses have been cast in the show including Daisy Ridley, Felicity Jones, Ashley Eckstein, Tiya Sircar, and Lupita Nyong’o.

Here’s a new preview of the series:

Star Wars Forces of Destiny, an original series of animated shorts which explore the untold stories that helped shape the destinies of Rey, Jyn Erso, Princess Leia, Sabine Wren, Padmè Amidala, Ahsoka Tano, and others will make its debut beginning on July 3rd on Disney’s YouTube channel. Then, a new short will debut on the page daily at 1pm EST, culminating in a broadcast on Disney Channel on July 9.