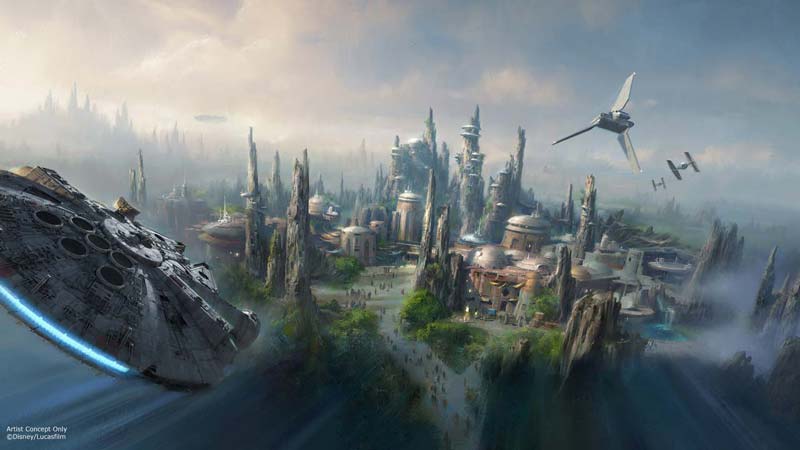 We’re checking in at Disney’s Hollywood Studios where vertical construction is now visible from within the park and some iconic structures are beginning to appear. It was just March that these structures were spotted at the Disneyland site, but here we are in June and, although they don’t have their heads yet, you can now see them in DHS.

The new Star Wars themed land will feature shops, stores, and restaurants filled with everything you’d expect to encounter in Star Wars and two main attractions. The first will take guests aboard the Millennium Falcon where they get to pilot the famous smuggler’s ship on a secret mission. The second will feature a battle between the First Order and the Resistance. 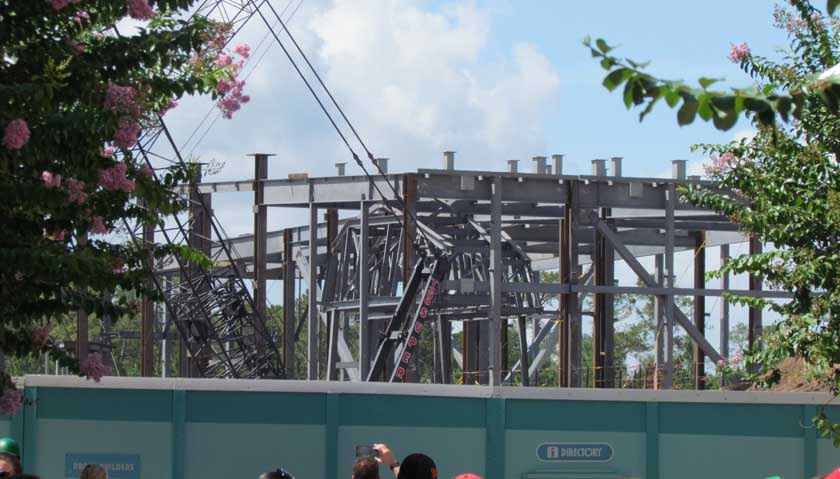 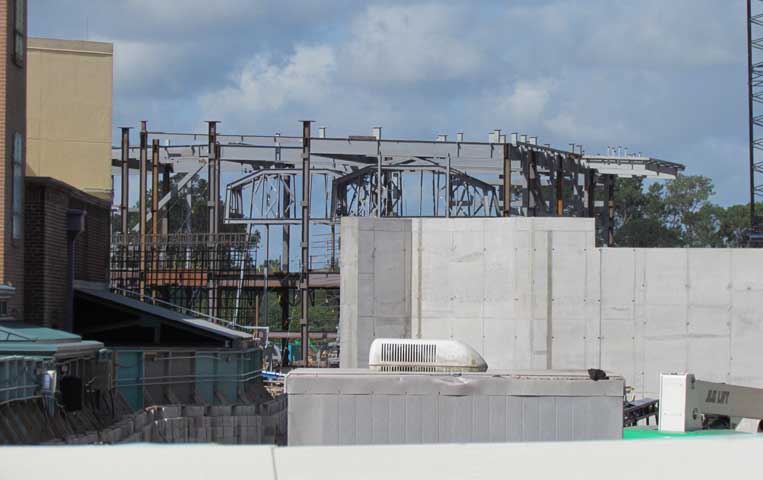 You’ll also notice that the building facades left from the former Streets of America, across from Muppetvision, have received a fresh coat of paint and that new construction at the end of the street, appears to be building new facades between that zone and the Star Wars area. 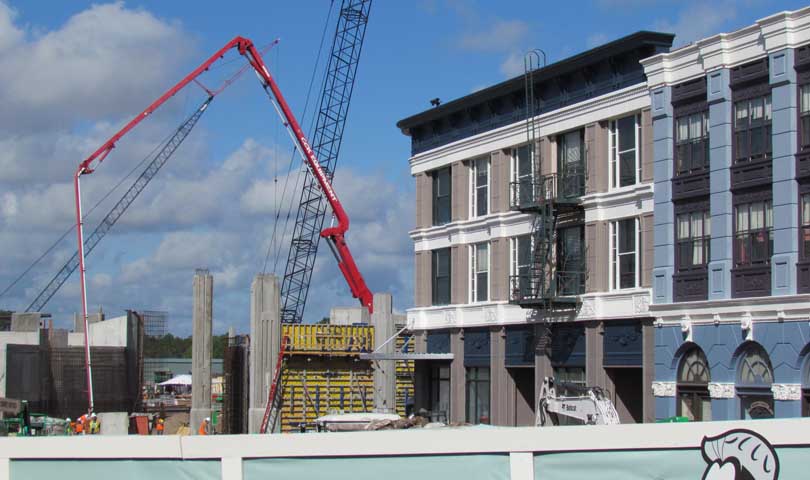 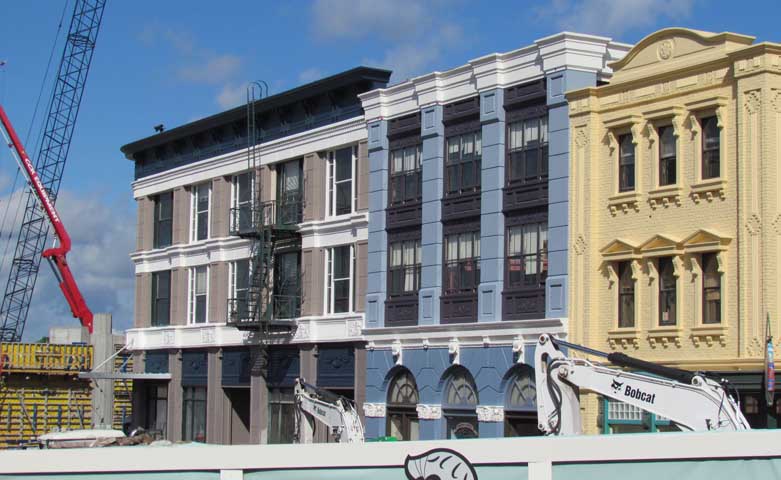 Meanwhile, the coaster track at Toy Story Land is nearly all installed and Disney has also begun to carefully remove a couple of buildings from what will soon become the entry to Toy Story Land, which is supposed to open in 2018.