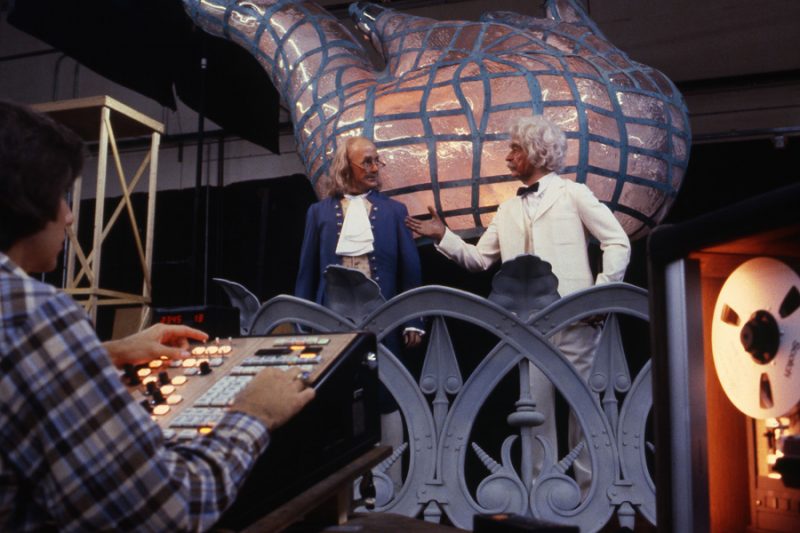 It’s a question that many Disney Imagineers and artists/animators throughout the global company frequently hear when they participate in a public program: How can I land a dream job like yours?

The typical response includes going to school, honing your skills, building a portfolio and then applying. Those things are all important and that’s the tradition — or so everyone is led to believe.

It can and has worked. In this video clip, Hardin mentions a friend hired by Disney after spending two years drawing and posting her own comic strip online.

In another recent example, director/animator Jacob Frey of Germany was invited to participate in Walt Disney Animation’s Talent Development Program based on ”The Gift,” an emotionally powerful four-minute short about a moody boy and an infectious puppy.

Since his big break, Frey has worked on Disney’s “Zootopia,” Universal’s ”The Secret Life of Pets,” and Julia Donaldson’s children book ”Room on the Broom.”

Disney, Pixar, and Marvel pay attention to student-made films and other projects. All the studios offer internship programs in several disciplines — artistic, technical and support services.

Imagineering includes people with an even more diverse list of disciplines — and a smaller percentage of animation artists — so it offers an annual ”Imaginations Design Competition.” The program was created in 1991 by Disney Legend and former Imagineering executive Marty Sklar.

These students aren’t just dreamers — they’re doers. As technology evolves and equipment prices come down, an increasing percentage of them would likely also consider themselves makers. The work is sometimes revolutionary.

Imaginations allows college students in creative and design disciplines to showcase their talents and bring diverse perspectives to WDI. The competition seeks to identify and nurture the next generation of Imagineers to create compelling and immersive entertainment experiences.

In the annual event, teams of two to four college juniors, seniors or full-time graduate students from across the United States are given a project challenge, a quick-turnaround deadline and must leverage their artistic, technical and communication skills to prepare and present a realistic “blue sky” proposal to a jury of WDI executives in Glendale.

The next project challenge will likely be announced in September, but you can see examples of past projects by visiting Disney Imagination.

For more specific information about the Imaginations program and guidelines, visit https://disneyimaginations.com/.

And, finally, it’s good to be seen and to take advantage of opportunities to speak with those professional artists you admire. The D23 Expo offers students of filmmaking, animation or Imagineering a great opportunity to do so.