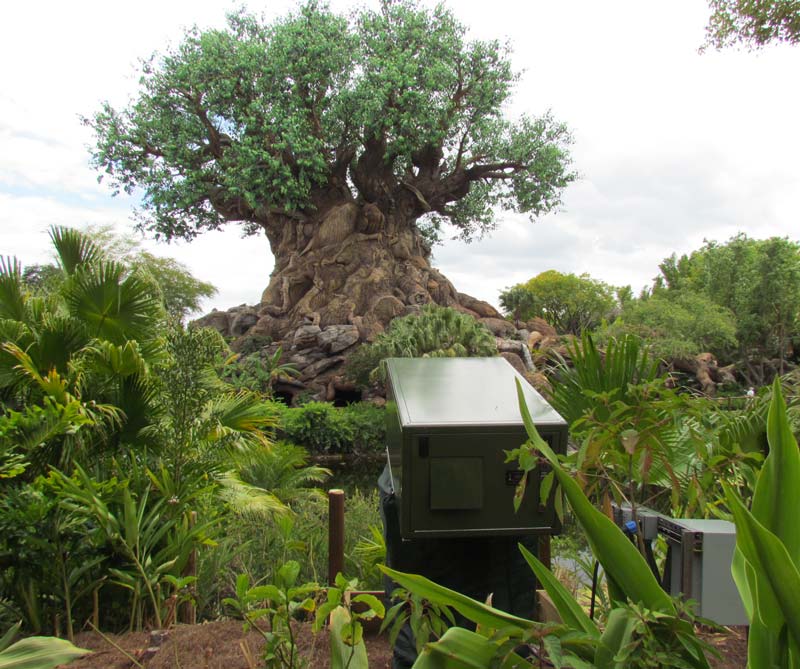 You’ll soon be able to view the digital projection show on the Tree of Life at Disney’s Animal Kingdom from a whole new perspective.

Disney’s Animal Kingdom had a problem, although the park closed every night at 5pm, the park was seeing a huge line of guests walking out the front gates as early as 11AM. In order to make the park a ‘full day,’ Disney decided to do a couple of things 1) build a new land that would entice guests to stay after dark, which became Pandora – The World of Avatar, and 2) add a host of night time entertainment.

One of the centerpieces that promised to light up the night are digital projections on the Tree of Life. Disney calls them “Tree of Life Nightime Awakenings.” Disney lightened the color of the tree to make the projections stand out more and made a few other small changes, including providing a larger viewing area in front of the tree.

With “Pandora – The World of Avatar” expected to draw big crowds, Disney has decided it needs even an even larger viewing area for the show. So it has been adding projectors along the trail between Asia and Africa to light up the rear of the Tree of Life with its own digital mapped projection show.

If you’ve seen the show on the front, you know that some of the show is tied to the animals ‘carved’ into the tree there, so I’m not sure how they’re going to swing that. On the other hand, there have been rumors of an Avatar themed show coming to the tree.

Hopefully they’ll add some camouflage to hide the projectors that don’t block too much of the view. The new shows are expected to begin in late May.