A tribute to Carrie Fisher from Star Wars Celebration 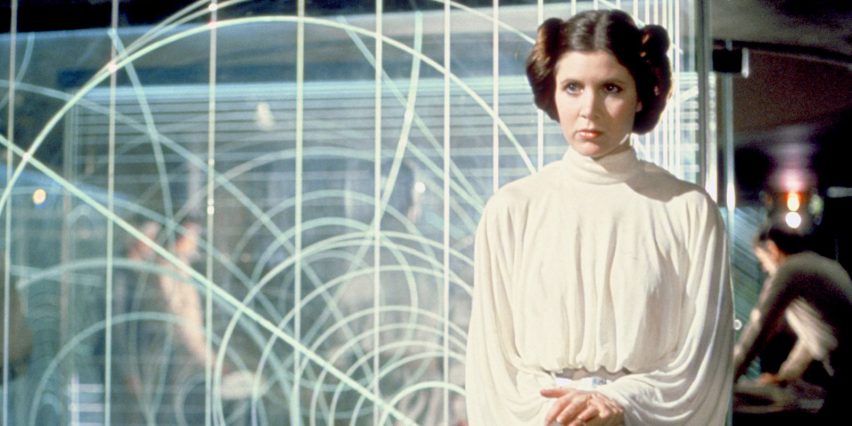 This morning during the 40th Anniversary panel at Star Wars Celebration in Orlando, FL, Lucasfilm and the people who new Carrie Fisher the best debuted a touching new tribute to her and the iconic character she played in the series – Princess Leia. Watching and try not to cry:

Such a wonderful homage to who Carrie Fisher was and what she became over the years – a legend. Fisher was always herself and at the same time she embodied Princess Leia. She succeeded in an industry that requires a lot of stars, but managed to be herself.

Fisher’s daughter Billie Lourd, who herself has a role in the new Star Wars trilogy, addressed her mother’s fans at Star Wars Celebration. She was introduced by Kathleen Kennedy and George Lucas who also paid tribute to Carrie’s legacy:

Here’s a great photo of Billie Lourd on stage 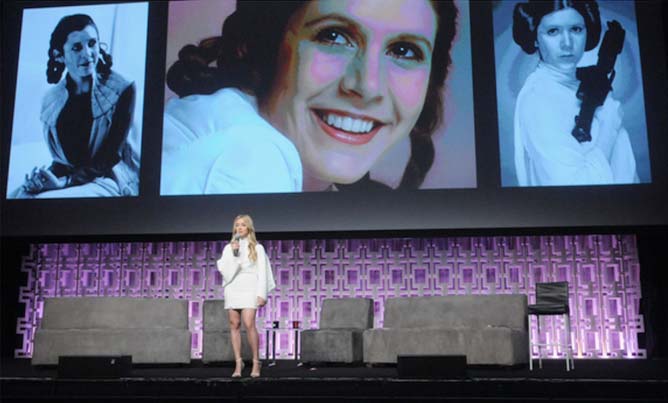 If one watched closely there was a shot of her on the set of The Last Jedi walking with director Rian Johnson. 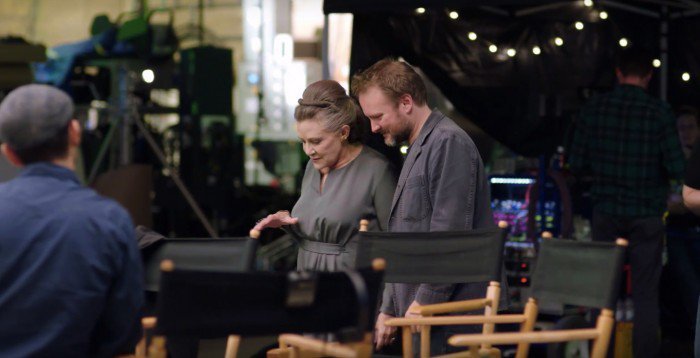 How will you remember Carrie Fisher? What do you think were her best moments as part of the Star Wars fandom?