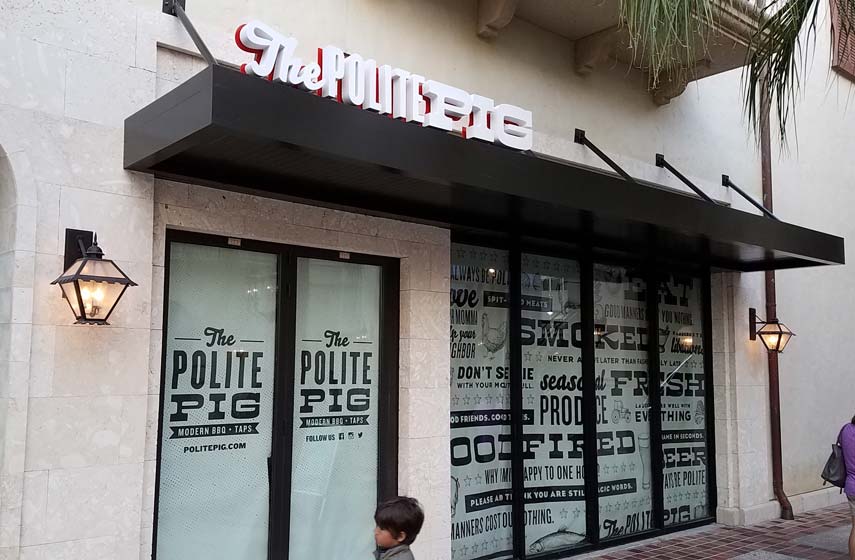 Operating with a culinary philosophy similar to its sister Swine Family restaurants, The Polite Pig will serve dishes made using sustainable and local ingredients. Among the signature dishes: Peel & Eat Florida Shrimp with Bourbon Cocktail Sauce on the “Snacks” menu; Salmon BLT with Bacon Jam, Marinated Tomato, Romaine and Aioli on the “Sandwiches” menu; house-smoked Chicken, Brisket, Pork Shoulder, Wild Salmon and St. Louis Ribs “From the Smoker;” and BBQ Cauliflower with Yogurt and Pepitas on the “Sides” menu.

“We’re honored to expand The Swine Family to Disney Springs with The Polite Pig and have the opportunity to showcase genuine Florida cuisine to visitors from around the world,” said James Petrakis. “With some of the county’s most notable chefs opening restaurants at Disney Springs over the past couple years, we’re really excited to be part of a group helping Orlando distinguish itself as a world-class culinary destination.”

As for Brian Petrakis the opening of The Polite Pig fulfills a long-held ambition.

“The chance to work with my brother and his wife to create a new restaurant concept is something I’ve dreamed about over the years,” said Brian Petrakis. “We’re going to have fun and serve great food.”

Longtime Swine Family chef Allison Weldon will lead The Polite Pig kitchen and serve as the restaurant’s executive chef. Most recently, Weldon was part of the Cask & Larder transition team to the Orlando International Airport. She began her career as a line cook at The Ravenous Pig and in 2013 was named a regional winner in the national “2013 Best Young Chef” competition sponsored by the Confrérié de la Chaîne des Rôtisseurs. 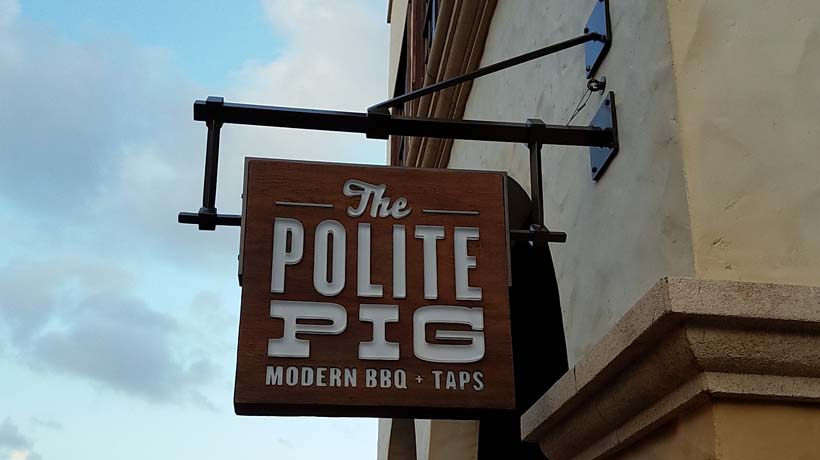 Set to open Monday April 10 in the Town Center district right at the foot of the Lime Garage entrance, The Polite Pig is a 5,000 square-foot venue that seats 190 patrons. It will be open daily from 11am to 11pm. Over 80 full-time and part-time employees have been hired to operate the restaurant.

previousNew Marvel’s “Guardians of the Galaxy Vol. 2” TV spot
nextRead to your kids with new Groot and Rocket book