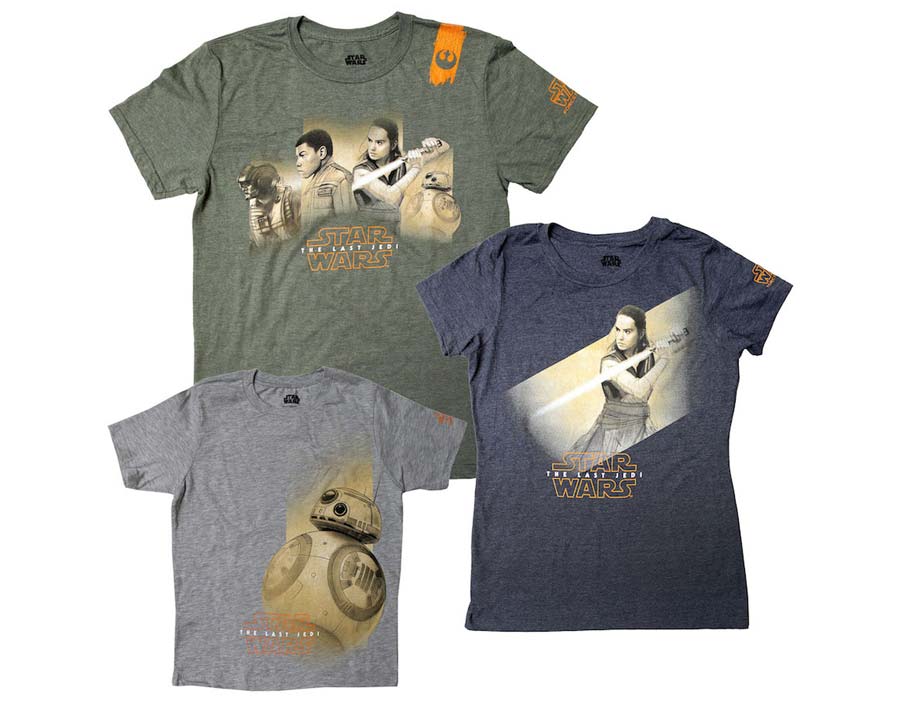 Star Wars: The Last Jedi won’t arrive in cinemas until December 15, 2017, but the excitement is already building. As has been the tradition since J.J. Abrams took over producing the films, the first merchandise available for the film is part of the Star Wars: Force for Change charitable initiative from Lucasfilm and Disney.

This year items inspired by The Last Jedi will include T-shirts for adults and kids, plus a collectible pin. Unlike previous years, these items have more than just the movie logo, you’ll find shirts with fan-favorite characters like Rey, BB-8, Finn, and Poe Dameron. These items first be available in booth 3463 at Star Wars Celebration, coming to the Orange County Convention Center in Orlando, Florida, from April 13-16.

Following the convention, you’ll have to take your landspeeder out to either Disneyland or Walt Disney World to pick up yours. These products will not be available on DisneyStore.com or the Shop Disney Parks app.

25% of your purchase will be donated to the U.S. Fund for UNICEF in support of UNICEF Kid Power, a program that uses the world’s first Wearable-for-good to give kids the power to get active and save lives by earning points that unlock food packets for malnourished children around the world.

I like that they decided to expand the options for Star Wars: Force For Change products. I do wish they still offered the ‘logo on black’ version still.