Wreck-it Ralph Sequel gets a title and more detail 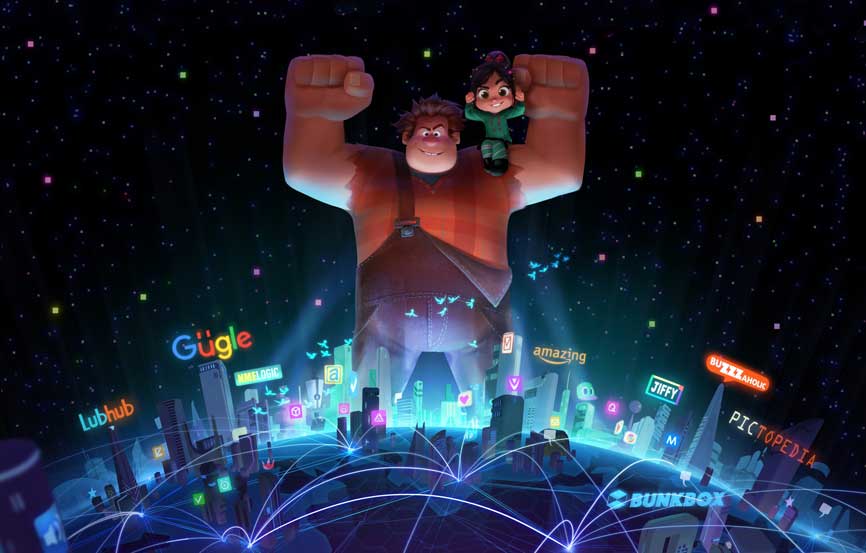 Big news out of CinemaCon today from Walt Disney Animation Studios as we learned the full title and more plot details for the Wreck-it Ralph sequel. “Ralph Breaks the Internet: Wreck-It Ralph 2” will see Ralph leave the relative safety of the arcade and take on the internet. It was announced that Jane Lynch (Sergeant Calhoun) and  Jack McBrayer (Fix-it Felix) will join John C. Reilly (Ralph) and Sarah Silverman (Vanellope von Schweetz) in the new film.

“To take these characters we love and have them enter the enormous world of the internet has given us so much to explore,” said Moore. “Our production team has been hard at work designing a world that takes something we all think we know – the internet – but shows it in a whole new, imaginative way.”

Added Johnston, “We’re so excited to be working with Ralph, Vanellope von Schweetz, Fix-It Felix and Sergeant Calhoun again, and we have new characters we look forward to unveiling. At the center of this film, as in the first one, is the relationship between Ralph and Vanellope, two once-outcasts, who in each other, found true friendship.”

We’re definitely looking forward to seeing more of Ralph and Vanellope. How would you rate your level of excitement?