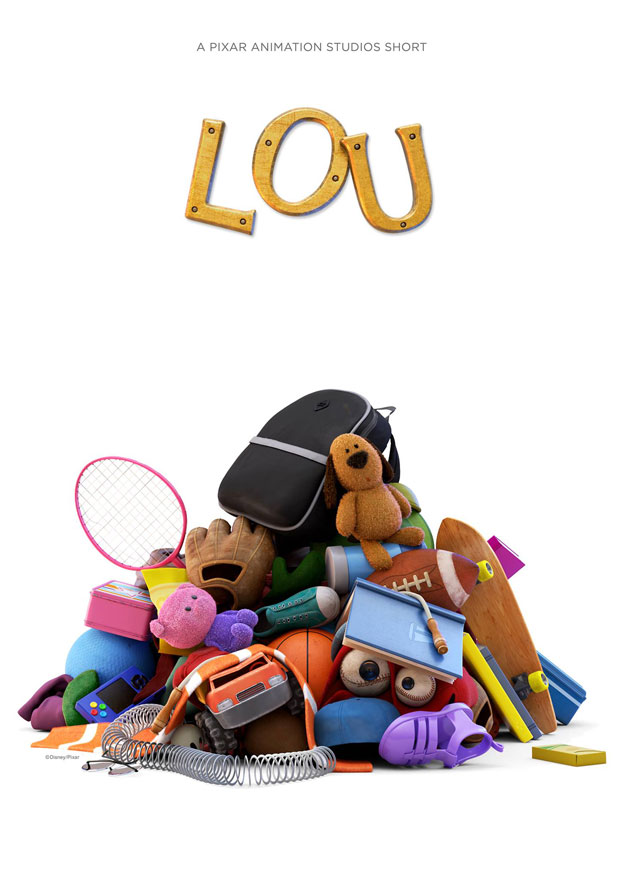 A new title card for Pixar’s next animated short – “Lou” was released today. The short will accompany “Cars 3” when its released this June. “Lou” as you might be able to tell from the poster is about items you might find in a “Lost and Found.”

Lou, himself, is an unseen monster who lives in the Lost and Found box taking the form of a red hoodie that uses a baseball and button for eyes. Without giving too much away, Lou involves a strong anti-bullying message.

“Lou” is directed by Dave Mullins and Dana Murphy. This is Mullins’ directorial debut. He said the short was inspired by his own childhood and being moved around from school to school.

Last year Pixar released a teaser for the new short which you may have missed:

And earlier this year USA Today shared a bit of concept art for the short. 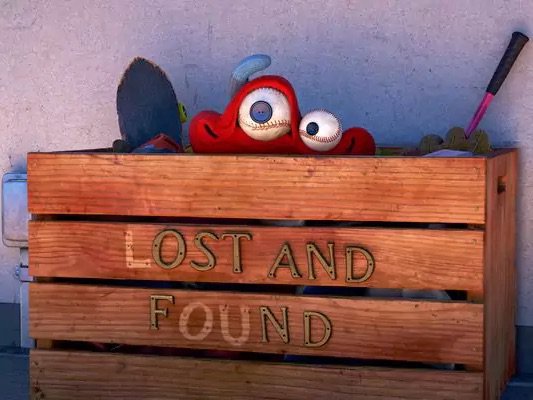 Expect Pixar’s strong sense of storytelling to create another great short here. Those who saw it at SXSW are already whispering about another Oscar for Emeryville.