Review: Disney’s Beauty and the Beast remake worthy of the original

In a kingdom in the French countryside, a mad king raises a twisted son while the people around him say or do nothing to prevent the son developing into an insolent prince. A beggar woman asks the prince for shelter, and when she is refused, she reveals herself to be an enchantress and curses the prince and everyone in his castle.

Many years later a father is forced to flee a city infected with disease leaving his wife behind to die in order to save their daughter. He takes her to a small Provencal town, Villeneuve, where together they invent and build things. She’s out of place, but she has books to read and her aging father to care for.

When those stories collide, you get the tale as old as time that Disney fans are familiar with – Beauty and the Beast. Out today is a new live-action remake of the Disney classic with star power from wall to wall. The movie starts Emma Watson as Belle; Dan Stevens as the Beast; Luke Evans as Gaston, Oscar winner Kevin Kline as Maurice, Josh Gad as Le Fou, Golden Globe nominee Ewan McGregor as Lumière, the candelabra; Oscar nominee Stanley Tucci as Cadenza, the harpsichord; Gugu Mbatha-Raw as Plumette, the feather duster; six-time Tony Award winner Audra McDonald as Madame De Garderobe, the wardrobe; Hattie Morahan as Agathe, the enchantress; Nathan Mack as Chip, the teacup; Oscar nominee Ian McKellen as Cogsworth, the mantel clock; and two-time Academy Award winner Emma Thompson as the teapot, Mrs. Potts. 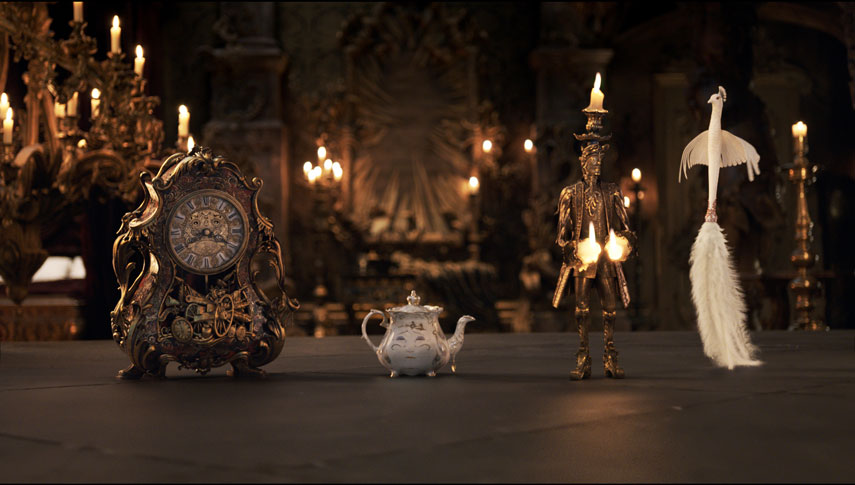 The original Disney feature “Beauty and the Beast” was the first animated feature to receive an Academy Award nomination for best picture. It won in two Oscars, one for best original score and one for best song. The movie became a beloved themepark musical and then a Broadway musical which won its own awards. The filmmakers tasked with updating this movie would be held to a very high bar.

“I consider the 1991 film to be a perfect movie,” said Director Bill Condon. “When the film was released it was groundbreaking, in the way the story was told and with that incredible score from Alan Menken and Howard Ashman, so I initially did not want to go near it.”

In the 25 years that have passed, the technology that helped Disney animators create a computer generated ballroom for the original movie is now capable of creating an entirely computer generated world that looks real (see Jon Favreau’s remake of Disney’s The Jungle Book).

The result is something that is a little bit Golden Age Hollywood musical and a modern fantasy movie. To be worthy of the original it had to be faithful to the movie, but also expand upon it.

Belle is Disney’s first prototype of the new empowered female lead. She doesn’t really care about becoming a princess, instead she stands up for what she believes in and uses her sense of what’s right and what’s wrong to create a reality that she wants to see.

In the new film, Belle has new agency that she didn’t have in the original. She may be stuck in the small town, but she notices something is wrong and tries to fix it. She invents a thing that gets her in trouble with the town folk, making it easier to understand why they turn on her so fast later.

Emma Watson’s Belle is apart and lonely. Sometimes she comes off as aloof and a bit childish when I think she’s trying to portray wonder and delight. But her singing voice is more than adequate for most of the songs.

Dan Stevens as the Prince is only on screen for a few minutes, the rest of the time his voice and motion capture performance as the Beast. The character of Beast is one of the biggest differences from the animated movie and stage musical. This Beast is literate, educated and even refined. This makes him less of a project for Belle and more of an equal, which leads to a touching moment or two in the film.

One of my big worries about the film was that I would not like the new cast taking over the characters I was so familiar with from the animated feature. I’m happy to say that with just one or two exceptions, the new cast fit the characters perfectly.

One of the people who was perfectly cast was Josh Gad as LeFou. Without giving too much away, you can tell Gad is having a lot of fun adding new depth to a previously one dimensional character. In fact, of all the characters in the movie, his has the most arc. And that moment so many are up in arms about? it’s quick but feels perfectly natural in the film. There really is much ado about nothing here. 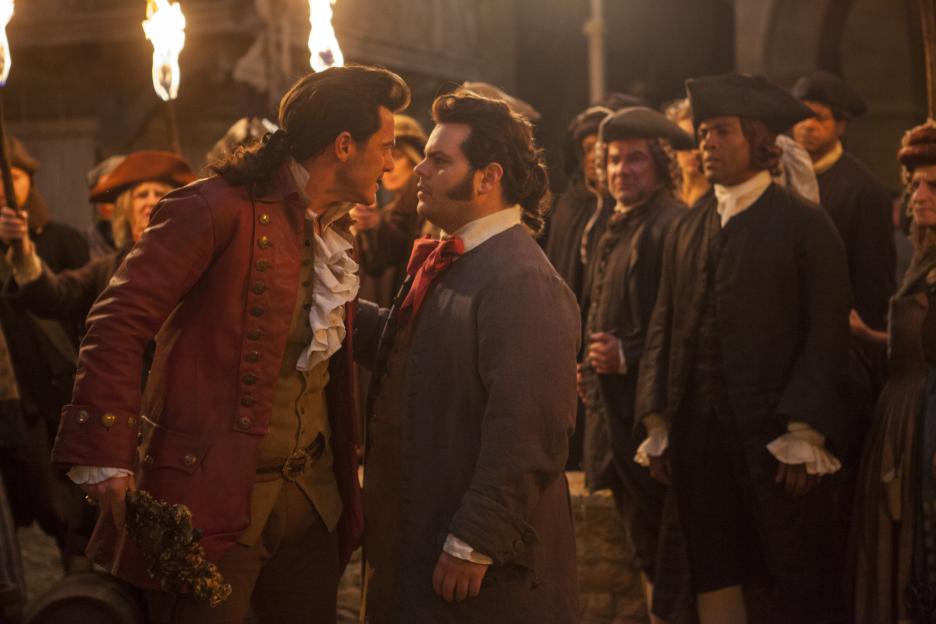 My other big concern was the music. Not only is the music from the original Disney movie so iconic, the songs that were added in the stage musical have become some of the most powerful in the Mouse House repertoire. In fact, ‘Home’ is one of my favorite Disney songs of all time. While ‘Home’ is only in the orchestration and not sung, it is at least there. Fans of the original movie will be happy that their favorite songs have returned in fine form and I felt the new songs fit in too.

Purists will be put off by some of the lyrical changes, but I think they work in the context of a film with more ties to reality than an animated film. I was particularly impressed with ‘Gaston,’ but at the same time, it had some of the weirdest lyrical changes.

What the movie adds, the backstory for the Prince, the explanation of what happened to Belle’s mom, and an ending that wraps up everything in a nice bow, are what elevates the film from being more than just a remake of the original.