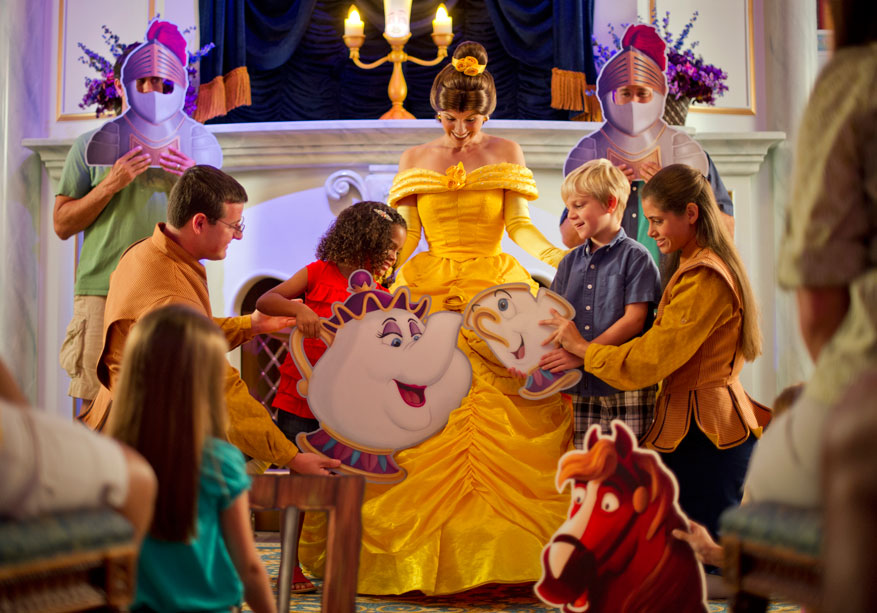 Yesterday we talked about the 6 place you will encounter Beauty and the Beast experiences at Disneyland, today we have twice as many for your next visit to Walt Disney World. We’re just a few short days away from the box office premiere of Disney’s Beauty and the Beast and the tale as old as time will extend into the theme parks both before and after the debut.

Here are a few of the options you can say bonjour to:

Tale as Old as Time: You are invited to be a part of the story at Enchanted Tales with Belle in Fantasyland at Magic Kingdom Park. Families are transported through an enchanted mirror to Beast’s castle. They’re just in time to help Lumiere and Madame Wardrobe host a very special surprise for Belle. The audience gets to play various characters from the film to re-tell the story of how Belle and Beast met just before she has dinner with Beast.

Song as old as Rhyme: You can also interact with the story and the music from “Beauty and the Beast” with several entertainment options at both Disney’s Hollywood Studios and Magic Kingdom Park.

Put Our Service to the Test: Soup du jour, hot hors d’oeuvres, Walt Disney World restaurants only live to serve. You can find several “Beauty and the Beast” dining opportunities throughout the theme parks and Disney Springs.

Even more fun for Disney fans big and small:

Which of these encounters do you plan to experience on your next trip to the world?