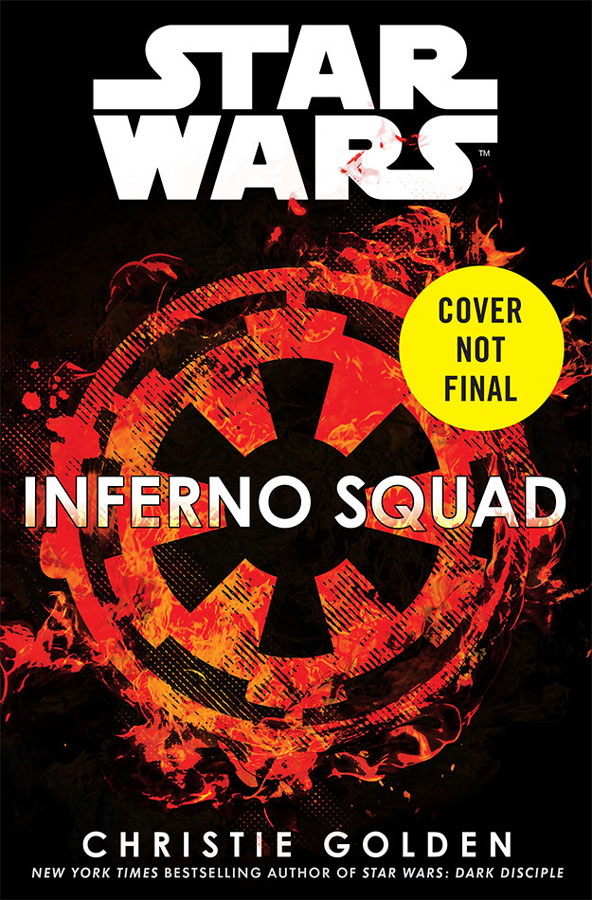 What happened after the events of Rogue One? Well, Star Wars: A New Hope of course. But what if that’s only part of the story? Surely the Empire wouldn’t let such a crushing blow go unpunished right? These are the questions Christie Golden answers in her new book, Inferno Squad.

The Rebellion may have heroes like Jyn Erso and Luke Skywalker. But the Empire has Inferno Squad.

After the humiliating theft of the Death Star plans and the resulting destruction of the battle station, the Empire is on the defensive. In response to this stunning defeat, the Imperial Navy has authorized the formation of an elite team of soldiers, known as Inferno Squad. Their mission: infiltrate and eliminate the remnants of Saw Gerrera’s Partisans. Following the death of their leader, the Partisans have carried on his extremist legacy, determined to thwart the Empire — no matter what the cost. Now, Inferno Squad must prove their status as the best of the best and take down the Partisans from within. But as the danger intensifies and the threat of discovery grows, how far will Inferno Squad go to ensure the safety of the Empire?

Star Wars books can be hit or miss but when they’re done well, they build on and enhance the experience of the movies, which this books seems like it will do.

“Star Wars: Inferno Squad” is available to order in hard cover now on Amazon. Your purchase will help support The Disney Blog. Thank you.

Do you read the Star Wars books? Which ones have been your favorites?