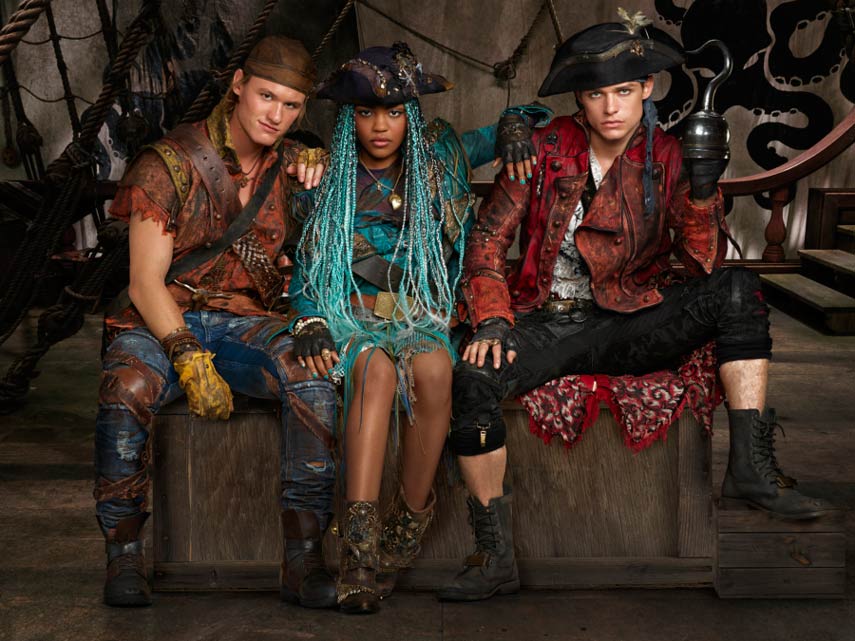 The imaginative story about the teenage sons and daughters of Disney’s most infamous villains will continue in “Descendants 2,” a Disney Channel Original Movie. Although the first movie ended up “Happily Ever After,” a whole new level of mystery and surprise comes to Auradon.

Check out the newest characters from Descendants 2, Thomas Doherty as the son of Captain Hook, Dylan Playfair as the son of Gaston and China Anne McClain as the daughter of Ursula. It’s going down!

Director Kenny Ortega returns to lead the acclaimed creative team on Descendants 2. The highly anticipated sequel to “Descendants,” the No. 1 cable television movie of 2015 and the fifth highest-rated original movie ever on U.S. cable TV in Total Viewers.