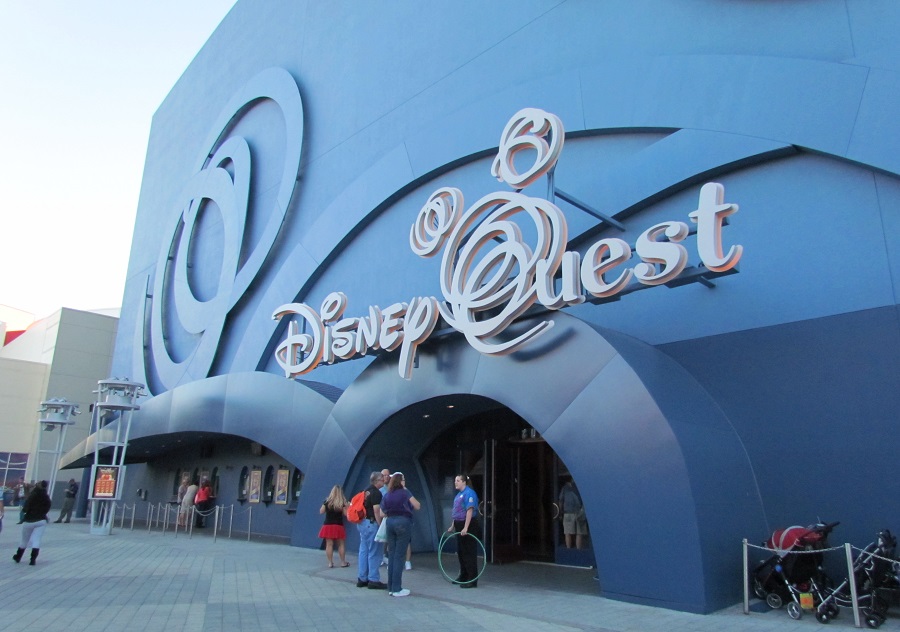 It’s a giant five story building that looms over one end of Disney Springs almost the size of a sports arena. DisneyQuest is an interactive experience that hearkens back to a time in the 1990s when The Walt Disney Company was focused on expansion through location based entertainment (LBE). Now we have a July 3rd as a closure date for the location that will be replaced by a new sports themed attraction The NBA Experience.

The plan was to open a dozen or so of these DisneyQuest attractions around the world extending the Disney brand of entertainment to places where it wasn’t practical to build an entire theme park. Instead only two locations ever opened, one at Walt Disney World in 1998 and the other the following year in Chicago. The Chicago location lasted 2-years, but the Disney Springs location continued to drag on buoyed by crowds of tourists and some clever work selling tickets as part of a vacation package.

Disney World first announced that DisneyQuest would close to make way for the NBA Experience back in June of 2015. I think most in the fan community had just assumed that either the NBA or Disney had quietly taken the deal off the table. But Surprise! The NBA Experience is still alive and DisneyQuest’s days are officially numbered once again.

As was revealed in 2015, The NBA Experience will be a one-of-a-kind basketball themed experience with hands-on activities that puts guests in the middle of NBA game action. Additionally, guests will be able to get involved with NBA video production, dine at a themed restaurant, and pick ups some NBA souvenirs at the store.

Will you try to get to DisneyQuest for a last bash before July 3rd?