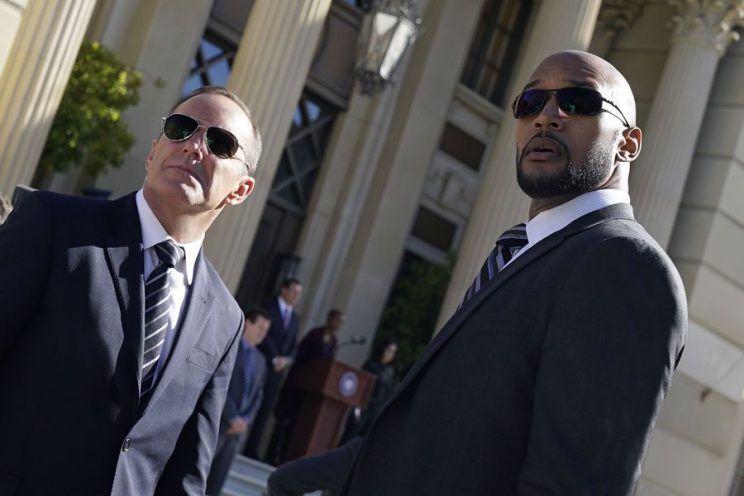 This week’s Marvel’s Agents of SHIELD begins with a ceremony publicly reinstating Daisy as a SHIELD agent when suddenly there is a sniper shorting at the stage. Mace quickly blocks the shot with the podium throwing it into the air before it explodes. Coulson and Mack get Mace and his assistant, Burrows (who is carrying a mysterious briefcase), on the Quinjet to escape. While they’re still in the air the plane malfunctions and crashes.

Coulson and Mack want to connect back with SHIELD but Mace insists on finding Burrows and the briefcase first.

Back at SHIELD, Fitz and Simmons are still reeling from Aida’s attack last week. Simmons wants to destroy the head but Fitz still wants to study it. He’s also told Ratcliffe to stay away from the base for awhile which is a problem for Radcliffe. He can’t keep an eye on May’s LMD if he can’t be at the base. 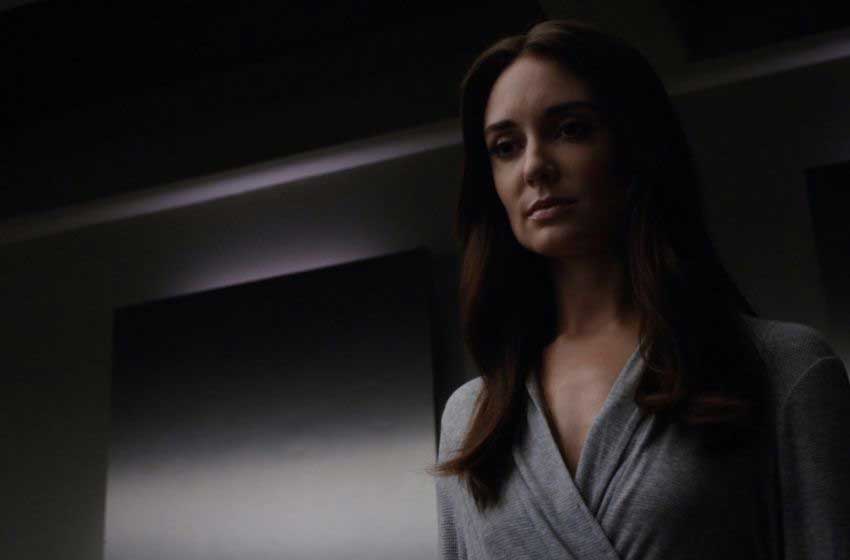 Simmons is also frustrated because General Talbot seems to be keeping her from finding out who could be trying to kill the director. Finally, she stumbles upon a file about something called Project Patriot.

Coulson, Mack and Mace locate Burrows. He and the briefcase are being held by some Watchdogs. The trio makes a plan to take them out but in the midst if the fight, we see Mace open the briefcase to reveal bottles of chemicals. Director Mace is not an Inhuman. He injects this chemical cocktail (which Talbot describes as the same one Hyde used but with the “bad parts” taken out) to give him temporary super strength.

Before they can take a breath, another round of soldiers show up so the agents quickly come up with a plan. The bottles were all broken in the fight so Mace has no super strength at the moment but Coulson wants to suit him up anyway because the soldiers don’t know he doesn’t have powers.

The ruse works long enough for Mack to destroy the van that was blocking communication to the rest of SHIELD. Daisy and May show up to save the day.

Once they’re back at the base, Coulson argues with Talbot about his decision to create a fake Inhuman. Talbot storms out. Mace decides to resign but Coulson stops him. He tells Mace to continue being the public face of SHIELD but that Coulson will be calling the shots from now on.

The final scene shows May checking out a wound she got during the fight and discovering her metal skeleton underneath.

Next week, things continue heating up but until then, what did you think of this week’s episode?